Mark Salkild was the resident designer / company manager with Half Moon Young People’s Theatre from 1982-1988 and also worked with the theatre in the 1990s. He designed 21 shows for the company, including two for the main house. 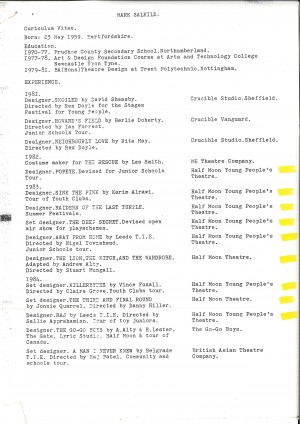 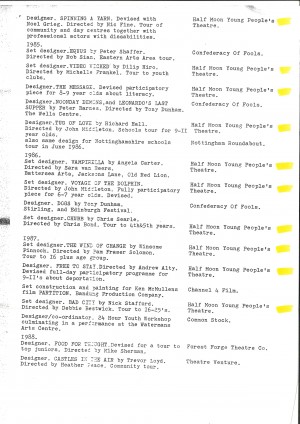 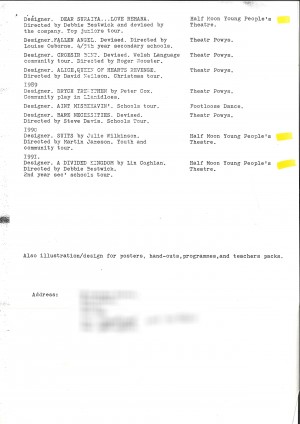 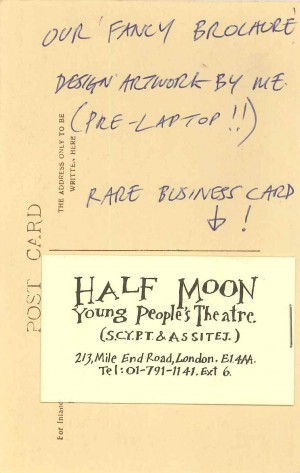 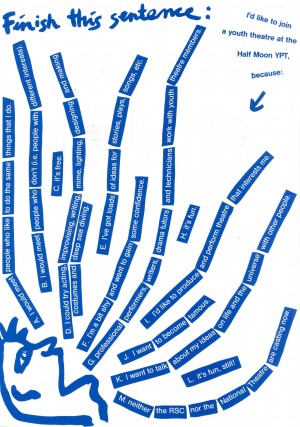 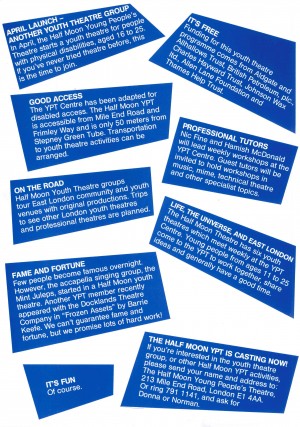 I was the resident designer/company member with the YPT from 1982 to 1988 and then did a couple of shows later on the 1990s. 21 designs in total, including two for the main house! The first show, Popeye, and up to Raj I think in 1984 were rehearsed and devised at our base at Oxford House on the Bethnal Green Road.

The Popeye show which visited schools was a bit of slapstick fun which I think was based around Steve Byrne actually looking and sounding like Robin Williams’ ‘Popeye’ in the film! Ruth Sheen of Mike Leigh fame had a spitting resemblance to Shelley Duvall. She played Olive Oyl. Andy Alty played Bluto and Janine Sharp was also in it (ex-Playaway on TV, and now Artistic Director at Hay Theatre in Hay-on-Wye).

The Half Moon Young People’s Theatre was a big chunk of my life. Lots of endless company meetings and policy ‘stuff’ and hundreds of auditions to sit through over the years. All good fun!

Touring around the East End in our red and black Mercedes 508 van was a hoot. I’ll always remember some school kids shouting “Here comes the Half Soviet! Up the Miners!”