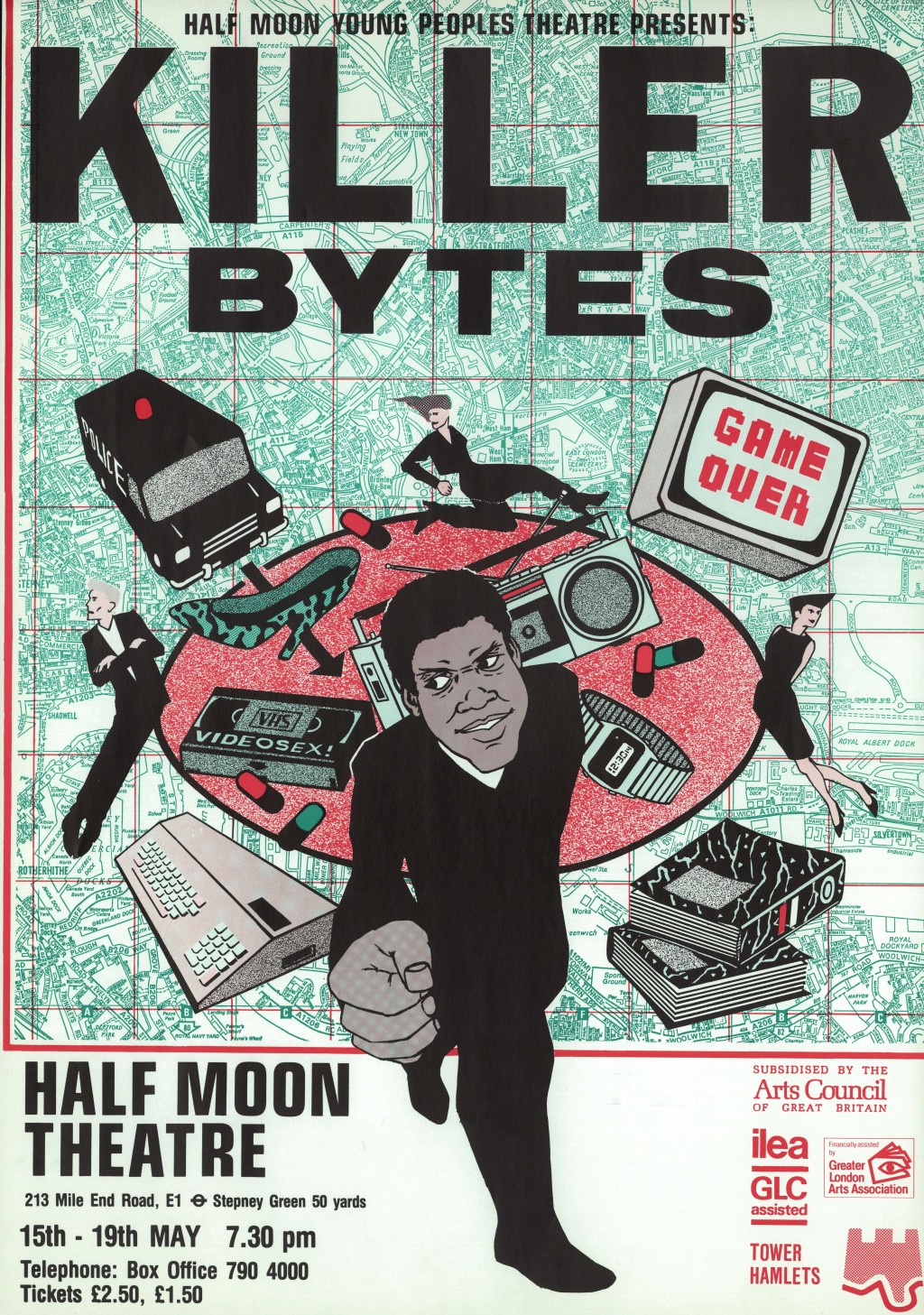 Why does Silver dress up as her Gran?
Why is Eddy a messy eater?
Why does Mary want the woman with the tattoo?
Why is Coat losing his fingernails?

Killer Bytes follows these four through a vicious maze of life that’s as fast, furious and futile as a computer game. 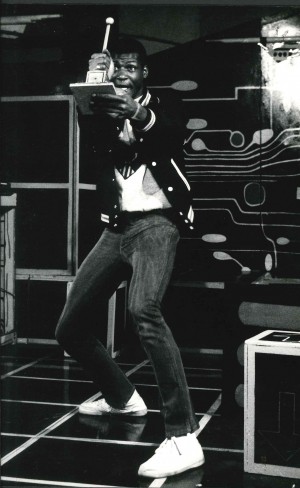 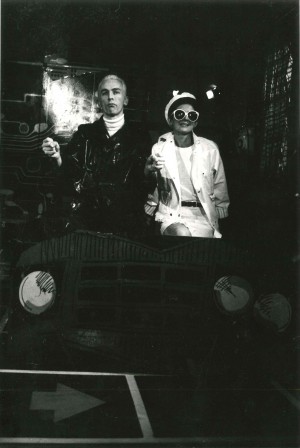 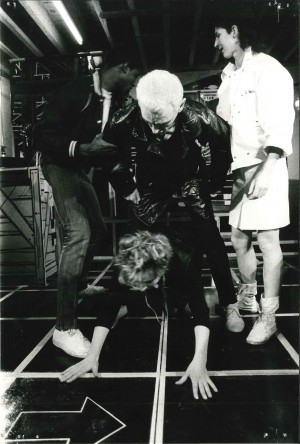 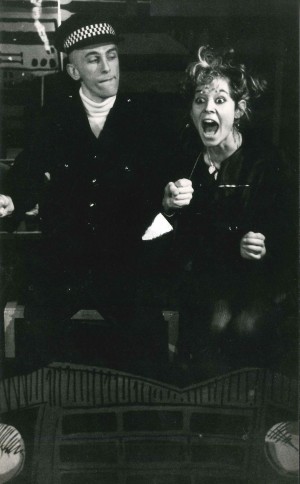 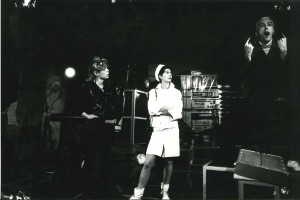 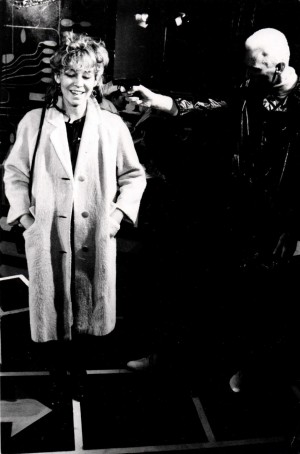 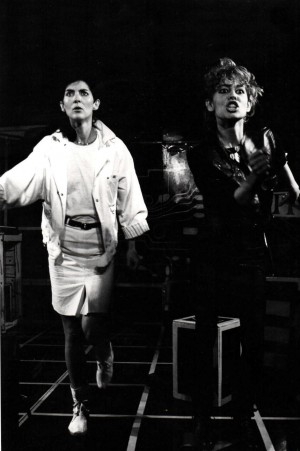 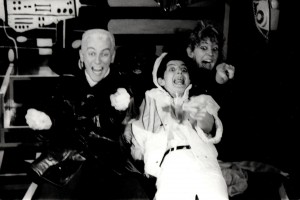 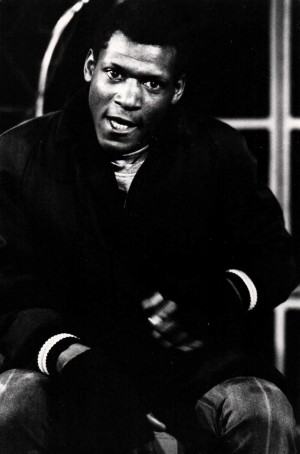 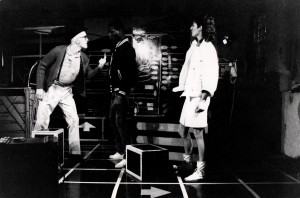 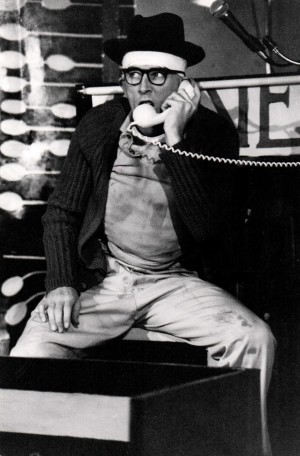 Jacquetta May is an actor who performed with Half Moon Theatre’s young people’s company in the mid-1980s. She talks about performing Killer Bytes, a play about modern technology. Interviewed by Toni Tsaera. 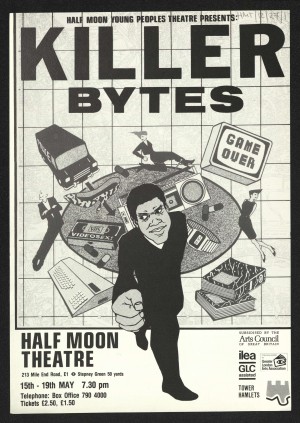 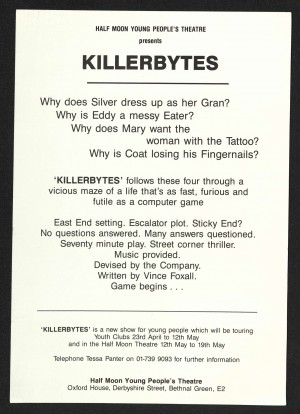 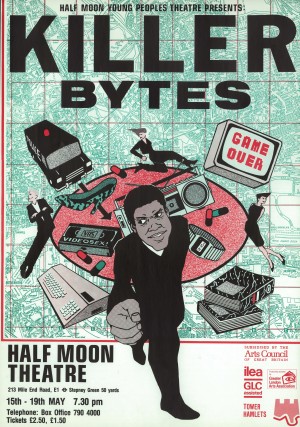 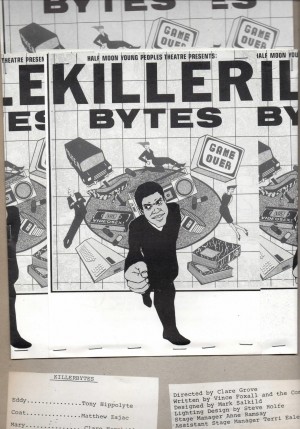 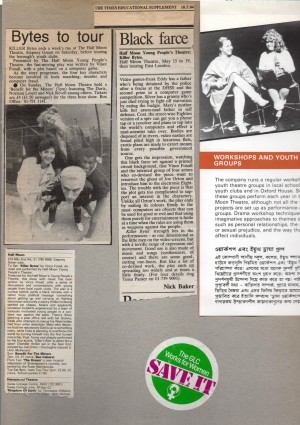 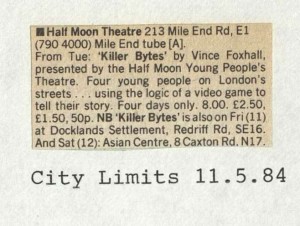 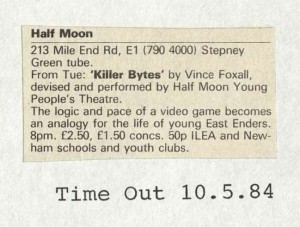 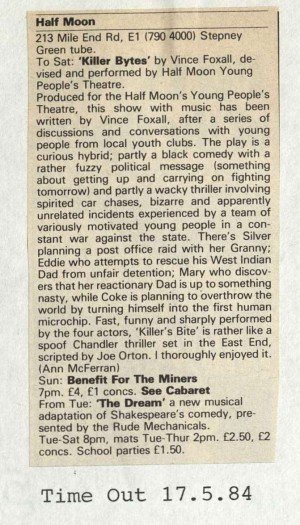 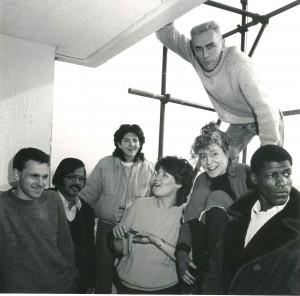 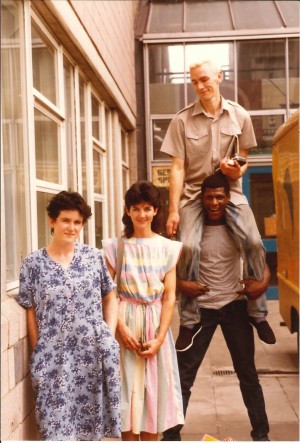 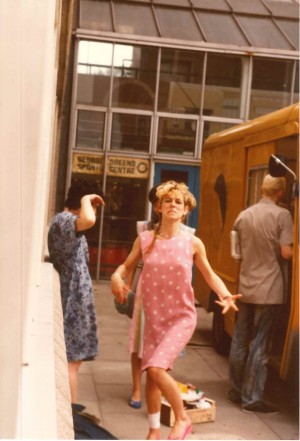 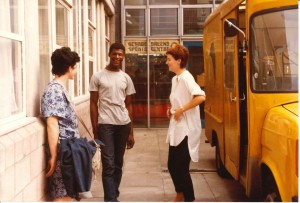 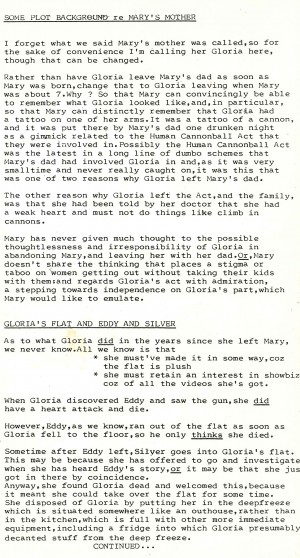 Killer Bytes was a show aimed at teenagers by Vince Foxall which toured to youth clubs in Tower Hamlets, Newham, Southwark and Hackney. It went down well with our target audience, though there were a few older people who worried that the play endorsed the self-centred individualism which was (and is) a hallmark of the Thatcher government of the time. It certainly was an expression of the atomisation of society which Thatcherism was achieving, a story of four young people struggling with unemployment and family breakdown, finding escape through video games, music and crime. It was a fast-moving fantasy and a glimpse into our increasingly mediated future, played in a frantic, cartoonish style. It had a very striking computer chip design by our excellent resident designer, Mark Salkild.