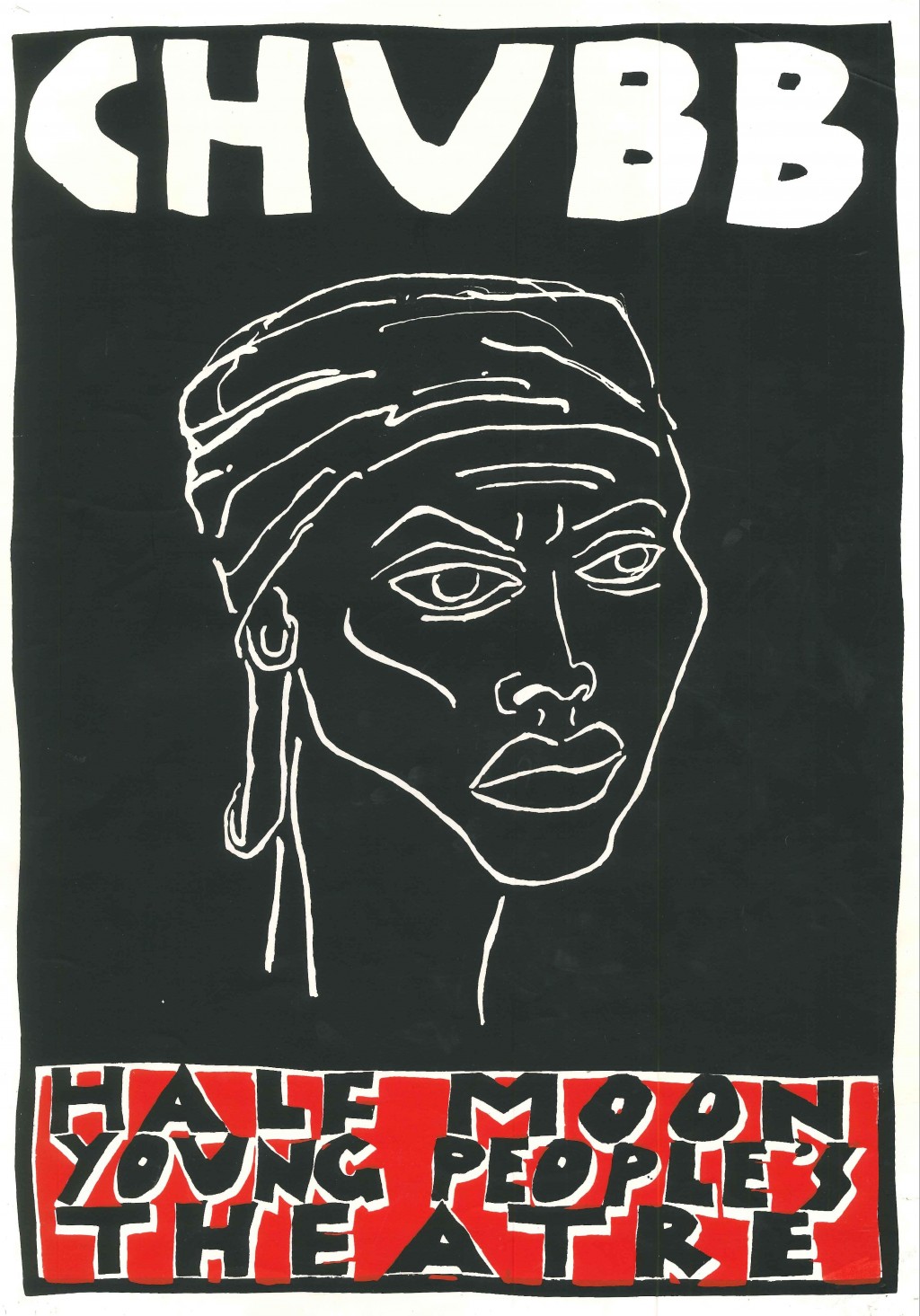 The setting of the play was the island of Tobago at the end of the 18th century. Chubb was the central character, a life-long slave on a sugar estate. The play touched on a number of inter-connecting themes, including slavery, freedom, friendship, racism and racial prejudice.

There were 15 performances to 863 young people, visiting schools in Tower Hamlets, Hackney, Newham and Southwark. 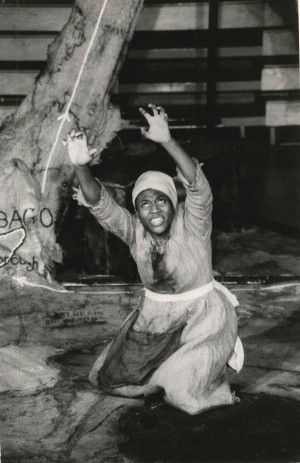 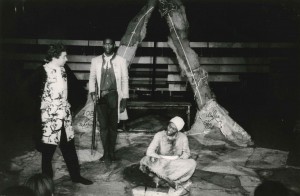 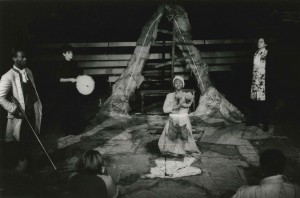 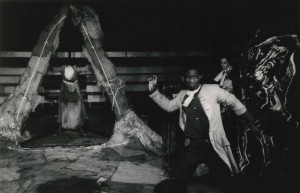 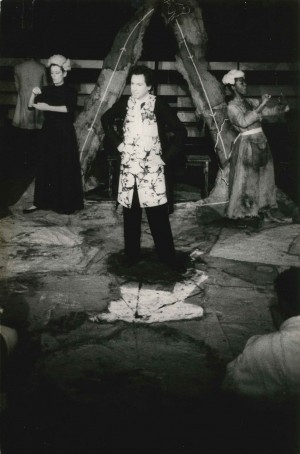 Local teacher and writer, Chris Searle became a member of the management committee of Half Moon Theatre in Alie Street and ran the Basement Writers group. He talks about Fall In And Follow Me, written by one of the Basement Writers, Billy Colville and how it inspired him to write Chubb. He describes how he was unaware that Chubb had been produced, as he had moved away and left no forwarding address. Interviewed by Rosie Vincent. 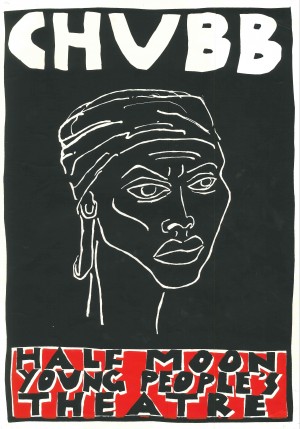 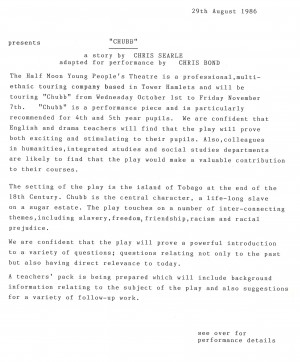 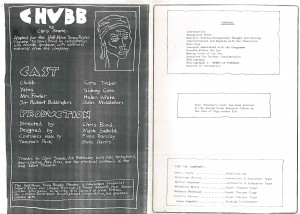 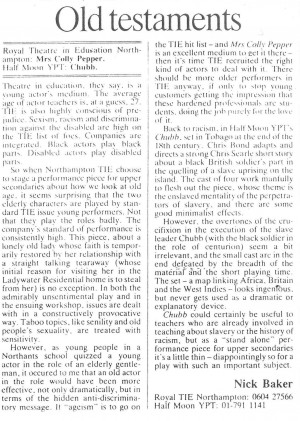 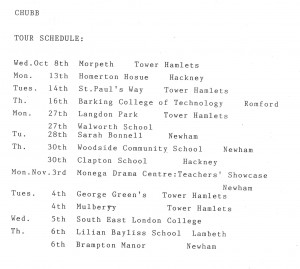 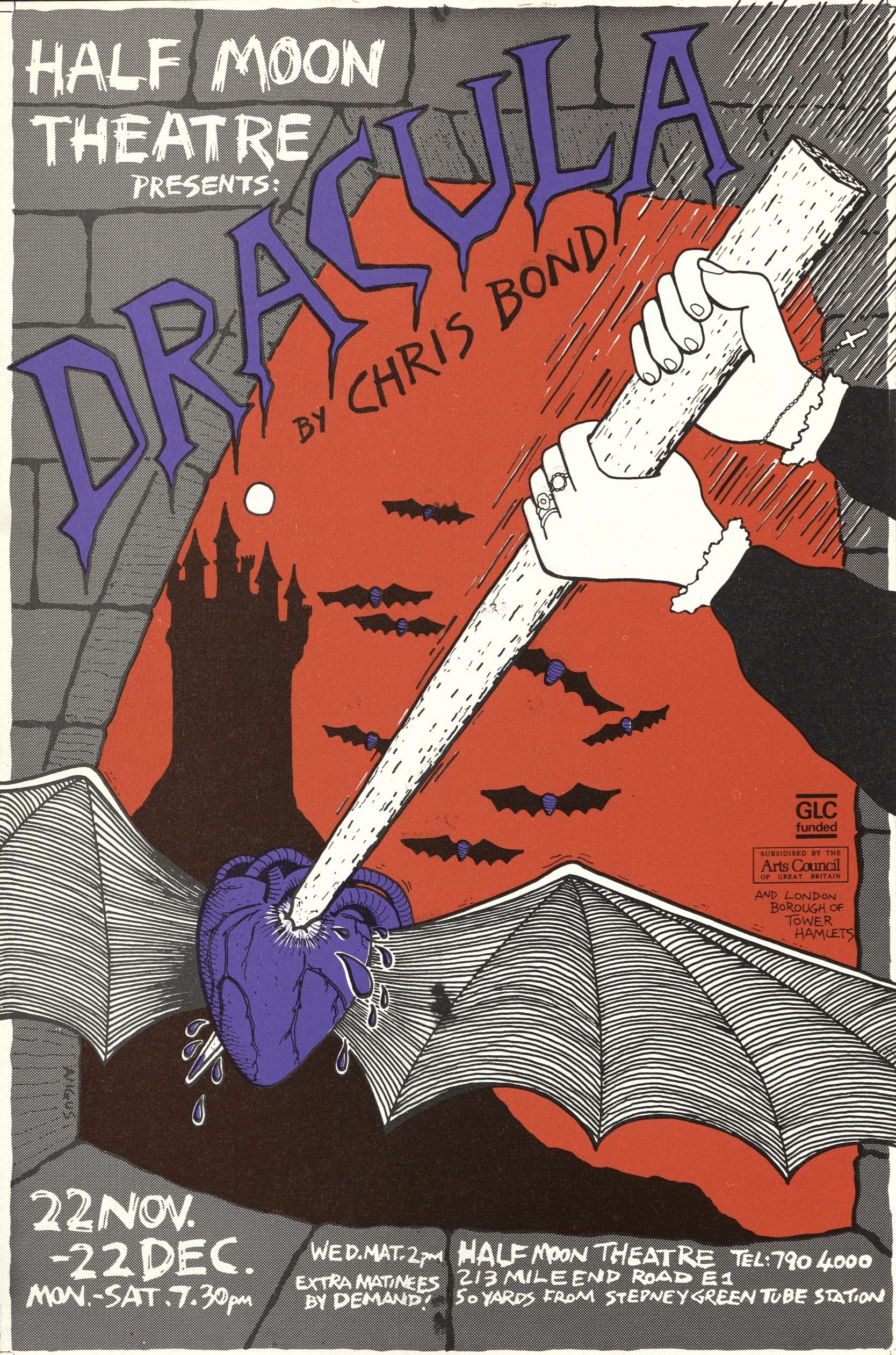 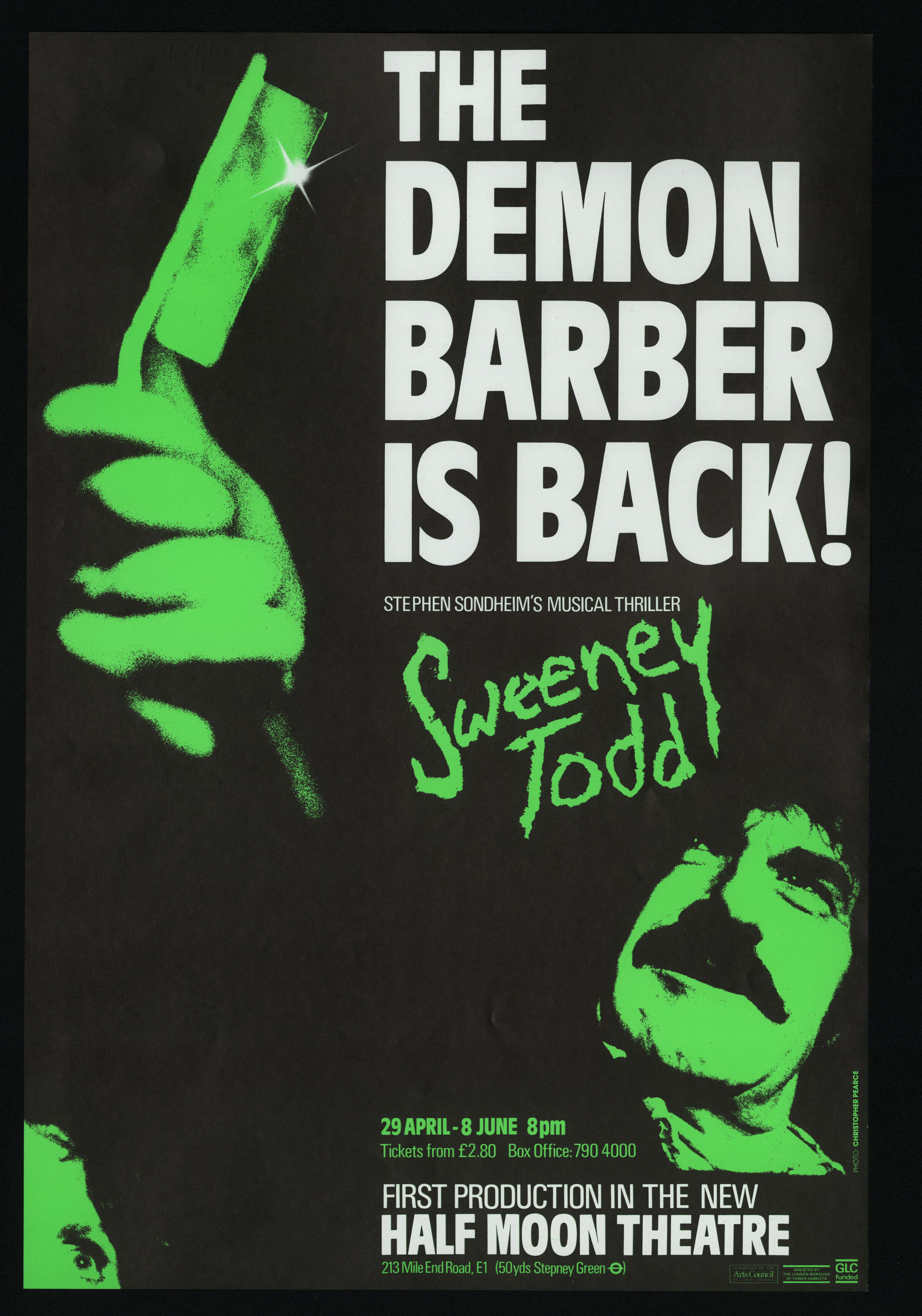 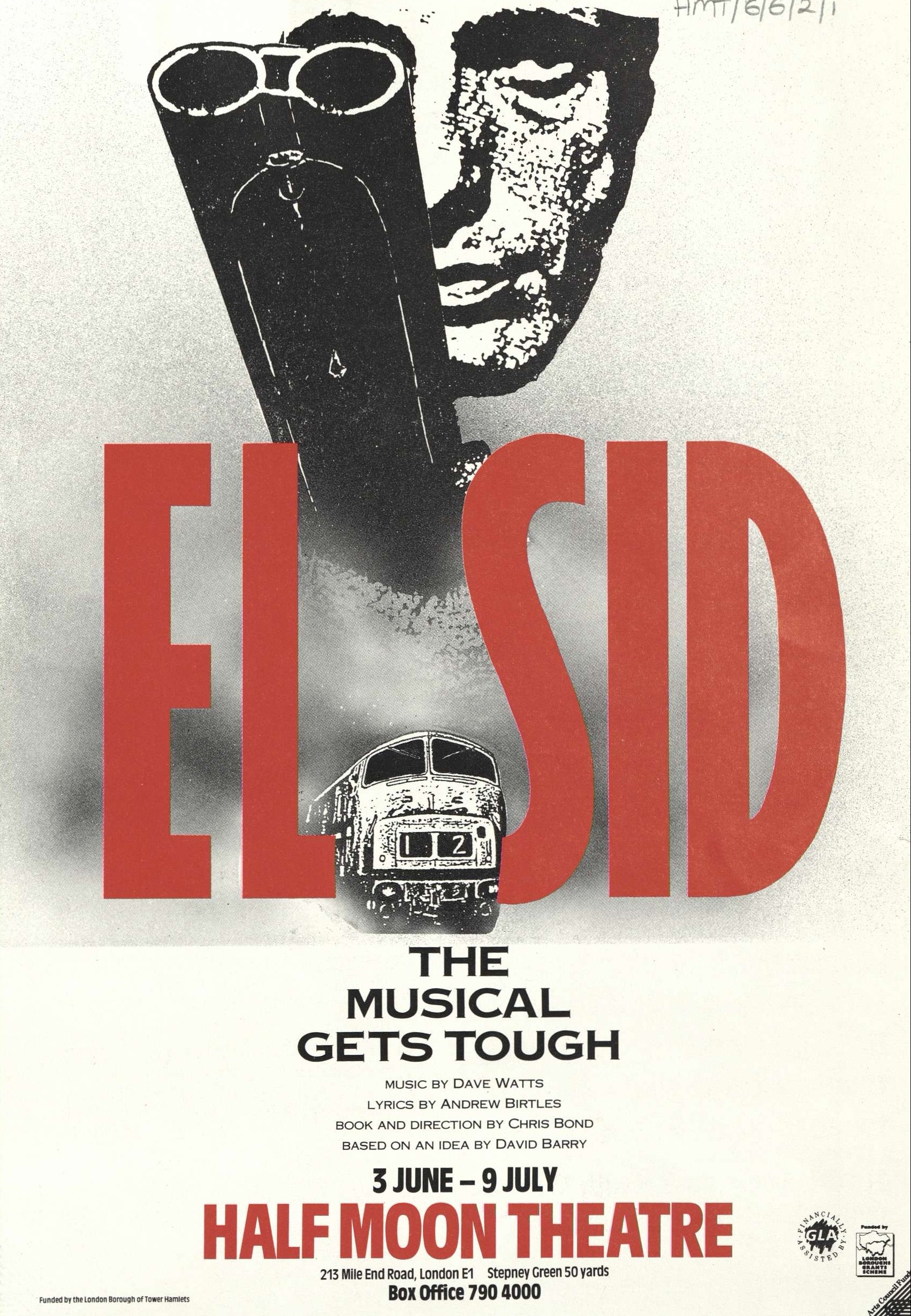