A Chaste Maid in Cheapside Poster

A Chaste Maid in Cheapside was a city comedy written c. 1613 by English Renaissance playwright Thomas Middleton. Unpublished until 1630 and long-neglected afterwards, it was considered among the best and most characteristic Jacobean comedies. 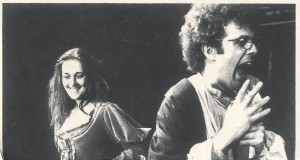 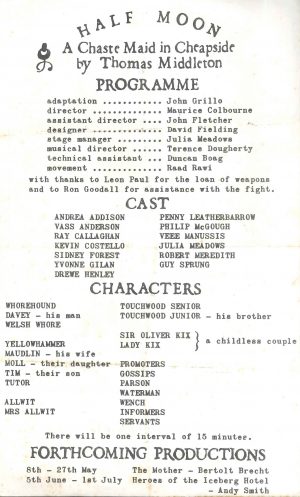 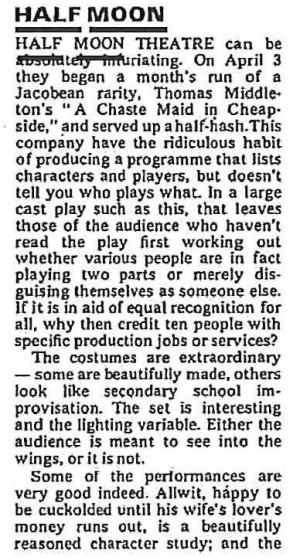 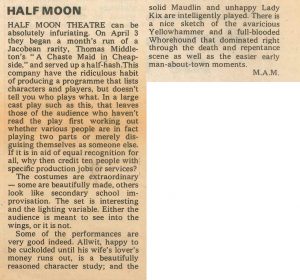 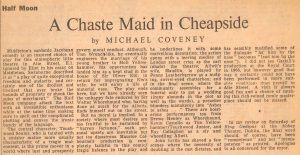 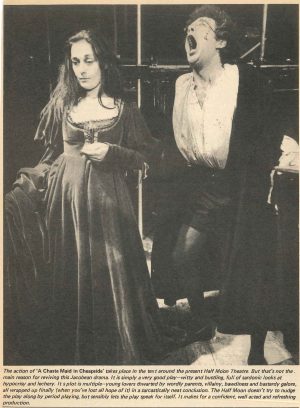 My second production at the Half Moon was Thomas Middleton’s A Chaste Maid In Cheapside, a masterful Jacobean Comedy again set in the East End. I played the role of Touchwood Senior, and I was exhilarated, as an American Actor, to be playing an English character in an otherwise all-English cast, in a 17th Century English play! I remember the great character actor, Donald Pleasance, coming backstage after a performance, and exclaiming, after hearing me speak in my American accent: “My God, I thought you were Welsh!” I was extremely proud of that. And Simon Callow came backstage and said that I should play Richard III some day. I’ve never gotten to do that, but I’m now ready for my King Lear!

I need to mention that this production was directed by one of the other Founders of the Half Moon, Maurice Colbourne, who went on to become a well-known TV Star in Britain, but died tragically of a heart attack at a young age. Maurice was a good, gentle, creative man who died much too young. I’ll always remember him, as I will always remember my time at the Half Moon in the early years of its existence. These are some of the fondest memories of my early life in the Theatre World. And these experiences eventually led to my becoming a member of the Royal Shakespeare Company, and playing leading roles in plays and musicals in the West End of London. THANK YOU, THANK YOU, HALF MOOM THEATRE!