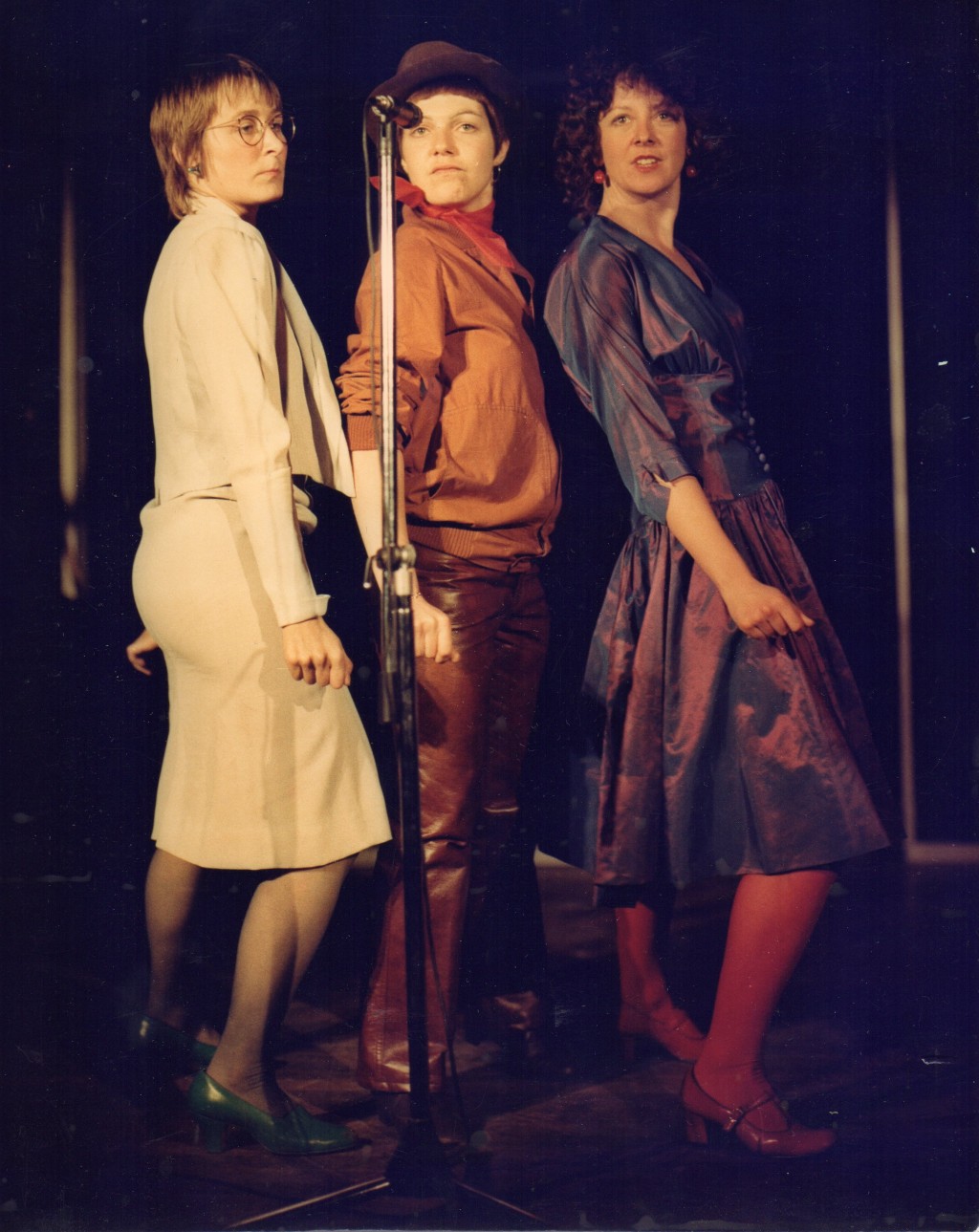 The Crooked Cabaret was a dark musical piece about money and greed in a capitalist world. It toured in the summer and early autumn of 1979 alongside a playscheme show, visiting local community halls and local and national Festivals, including Glastonbury.

Peter Bensted talks about The Crooked Cabaret and the sense of community that has had a huge impact on his work throughout his career. Interviewed by Beccy Allen. 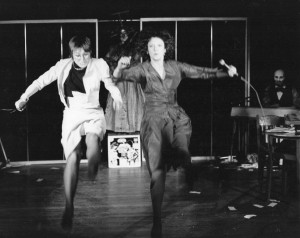 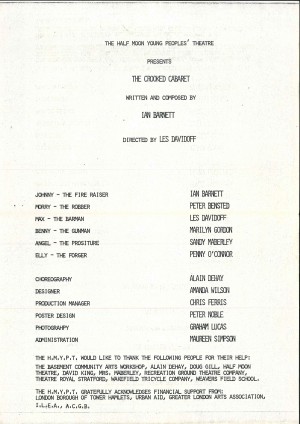 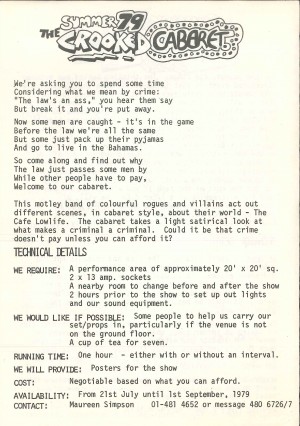 The Crooked Cabaret was a rather dark musical piece about money and greed; a capitalist scenario. I think we were all crooks. I was called Elli the Forger. Ian Barnet was the Composer and Musical Director along with a violinist called Marion French, I think. Les Davidoff was the Director. I had this brilliant song to sing:

‘Money is the master of this turning world,
With all its promise furled round you,
We lie for it,
We die for it
Because it seems,
To make our little dreams come true….’

It is amazing I remember any lines of this as we did a pre-show promotion at a local festival in Glamis Road Park, mic-ed up and everything and I forgot the words! Eek!

We toured it in the summer, early autumn of 1979 along with a children’s playscheme show (no recollection of what this show was, unfortunately) which we took down to Glastonbury Festival! Chris Ferris was the Stage Manager on these early shows and I remember him having to drive us down to Glastonbury in the old yellow Post Office van that went about 30 miles an hour. It took forever! And everything they say about the mud and toilets at Glastonbury is true… We played the children’s tent there and it was the first time I had seen tepees and frozen yogurt.