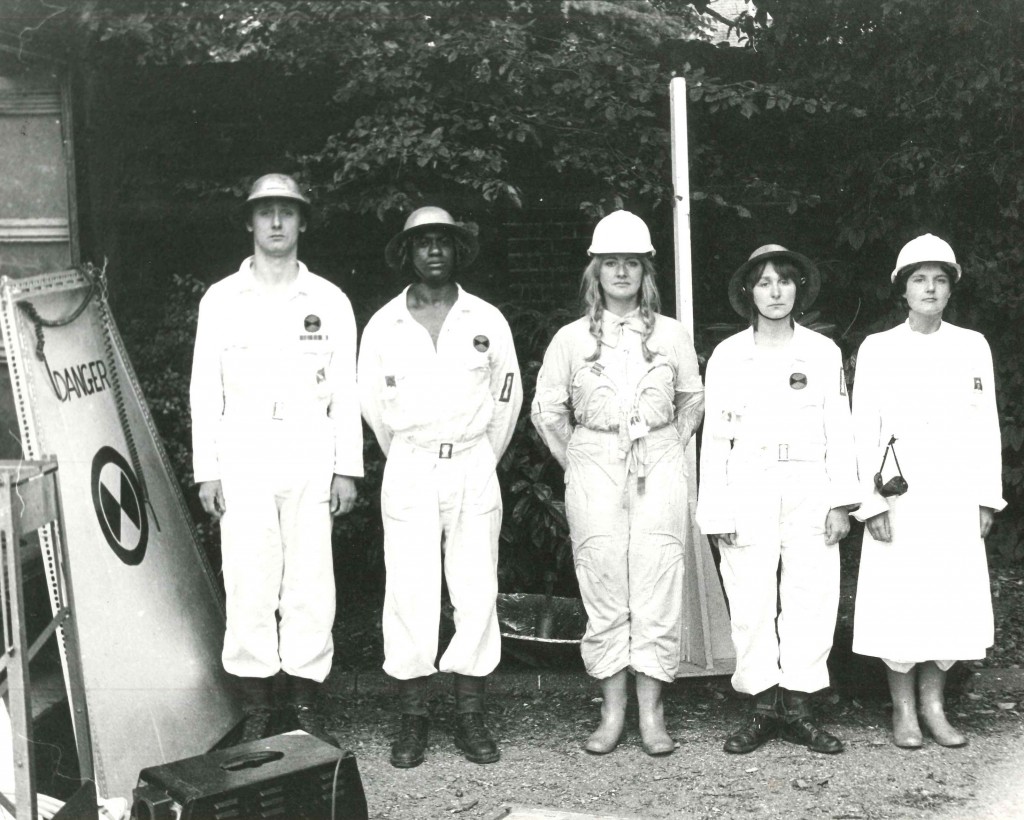 A participatory half-day event involving strange men clad in white, underground radiation chambers, yellow cannisters and gas leaks. Will the Inspector turn into a Mutant? Will the evil machinations of Dr Zorble come to fruition or can the children avert death and destruction?

There were 30 performances to 1755 audience members. Performances took place on estates, in playgrounds, in tenants halls and libraries in North, South East and East London. 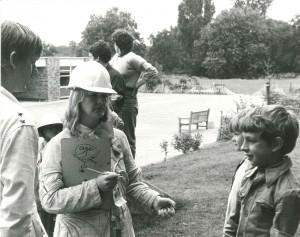 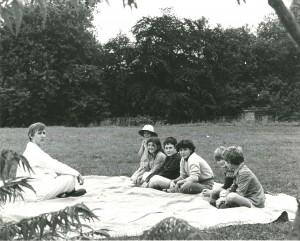 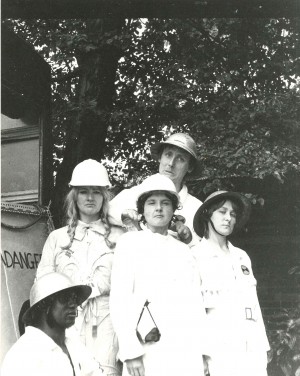 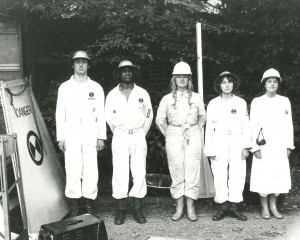 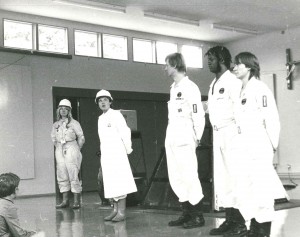 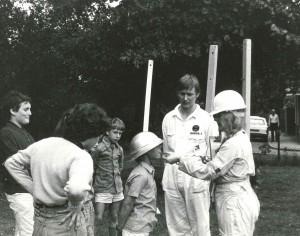 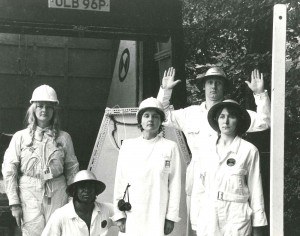 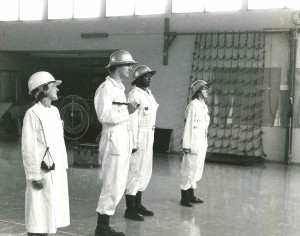 Peter Bensted talks about The Great Gas, an interactive piece for young people which questioned the morals of atomic energy as a source of power. Interviewed by Beccy Allen. 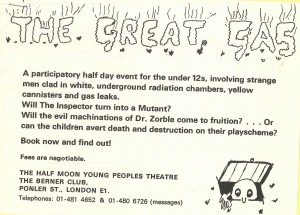 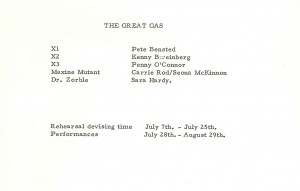 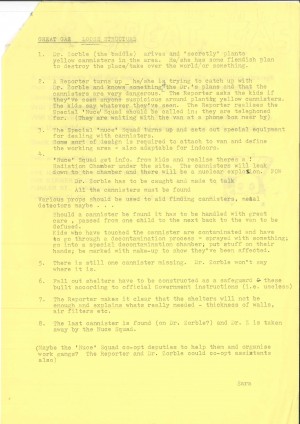 Memories if Half Moon Theatre

The Great Gas was our anti-nuclear show/participatory event, which I recall touring playschemes. It had a wonderful explosion in a strange pyramid construction at the end. We were following the instructions from the government leaflet ‘protect and survive’  which instructed us what to do in the event of  a nuclear explosion….I played X3, a secret clown-like soldier, in a white boiler suit and a tin hat.

The Great Gas, was performed outdoors and was sometimes quite chaotic to contain. I played the evil Doctor and was in full swing when a boy suddenly jumped up and lunged a knife at my stomach. A real knife. It was a ‘joke’ and he sat down again – but I can’t say that I found it very funny!

You can read more memories from Sara here.

The performance was a great success and enticed many children into the playground. Audience participation was very popular with gadgets and props passed onto the children which made them more interested in the show. Overall a very good performance with a social comment on the ‘nuclear society’.