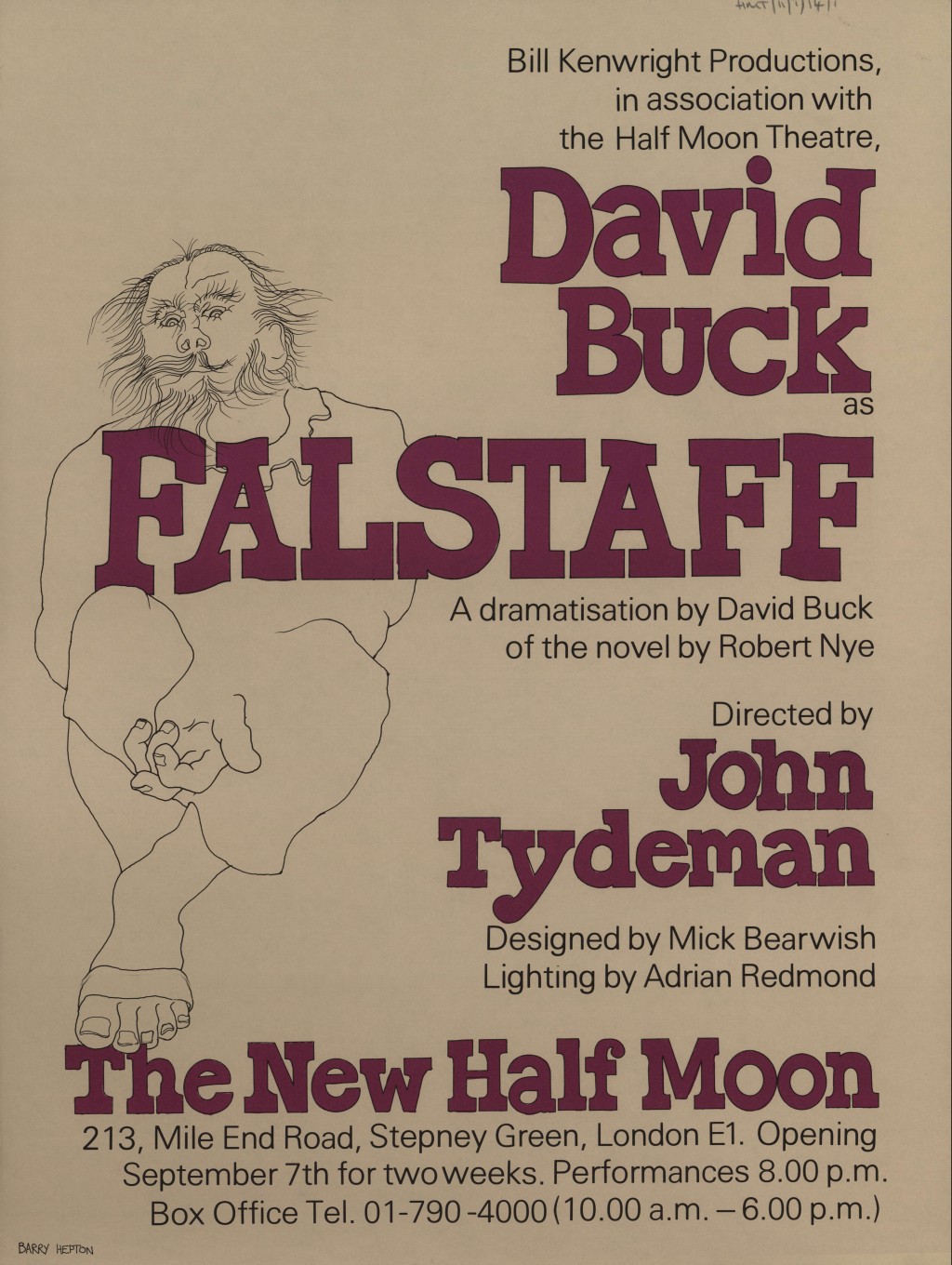 A dramatisation by David Buck, who also played Falstaff in this one-man show, of the novel by Robert Nye.

“Robert Nye’s 1976 novel Falstaff is one of those blindingly simple ideas that makes you wonder why nobody thought of it before: the memoirs of Shakespeare’s great Rabelaisian hero, from the moment of conception…to the moment of his death. Shakespeare killed off Falstaff off-stage at the start of Henry V. Nye, in a stroke of inspiration, lets him live until the grand old age of 81, in the 37th year of King Henry VI’s reign, during which time Fat Jack has witnessed not only the Battle of Agincourt and the capture of Joan of Arc, but also the British defeat in France. He has lived more but lost more as well.”
Adrian Turpin, The Independent, 26 February 1997 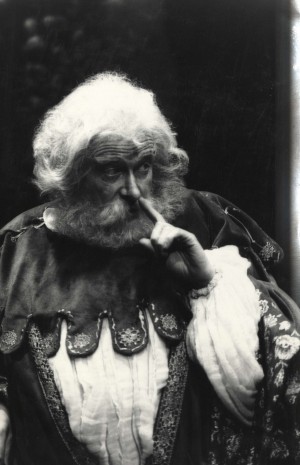 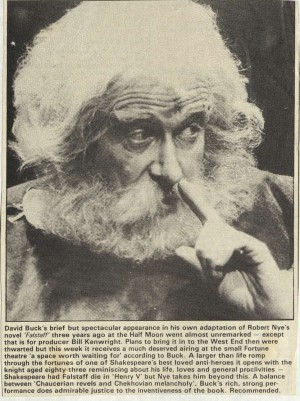 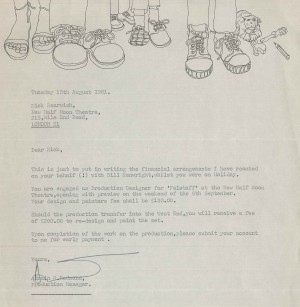 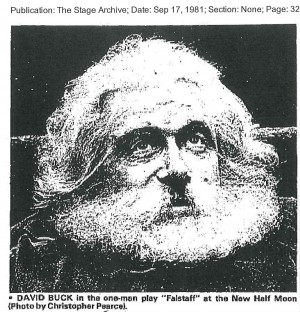 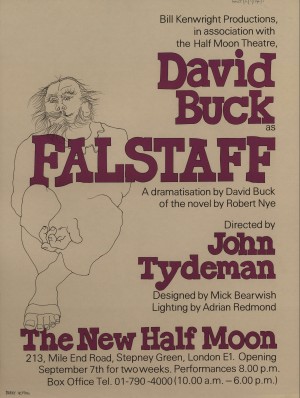