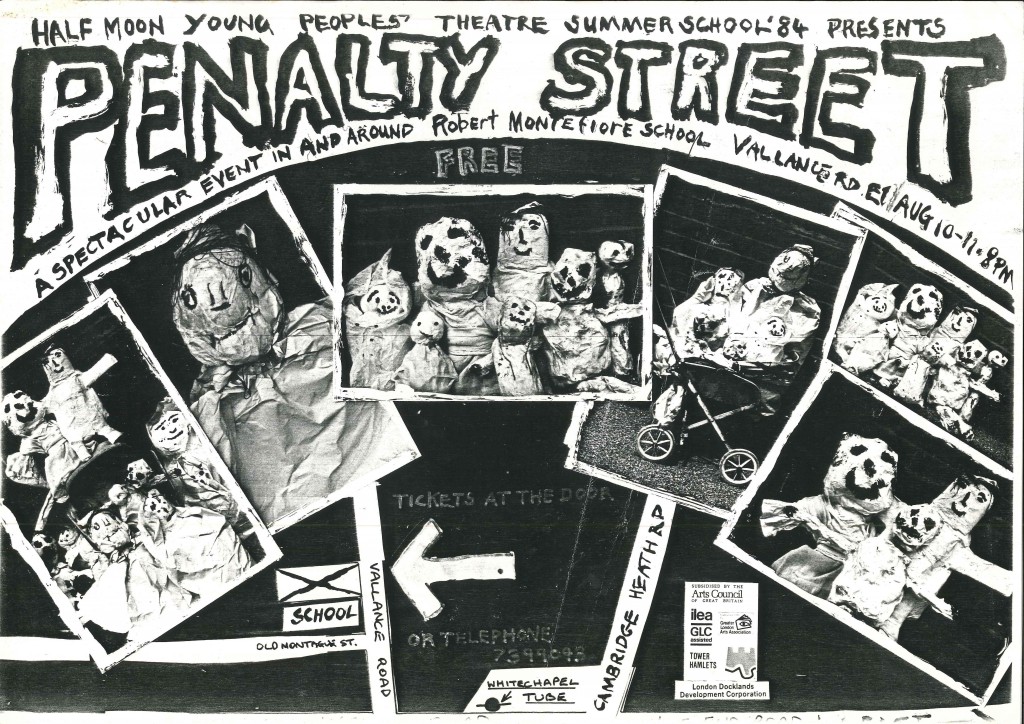 Penalty Street was a the final production of a Summer School. The piece was devised and performed by the young people of Robert Montefiore School in Tower Hamlets. It was an interactive performance which took place throughout the grounds of the school, in site specific areas. 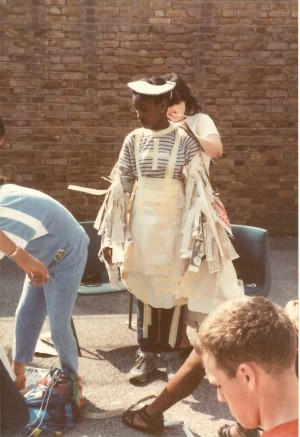 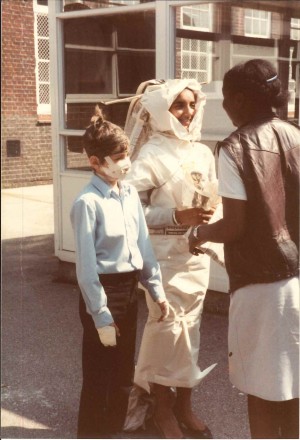 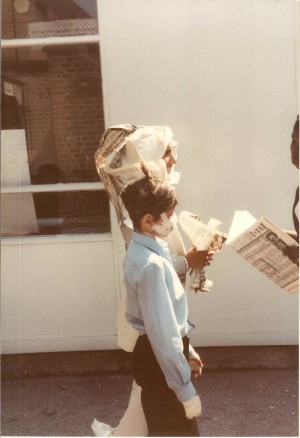 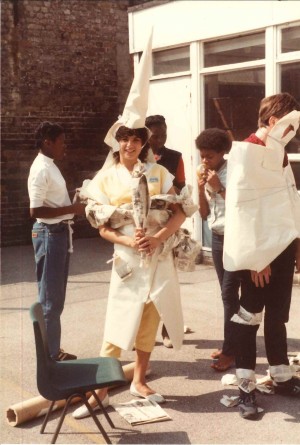 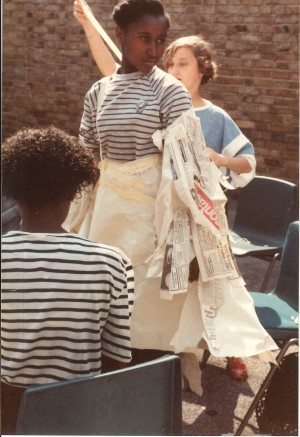 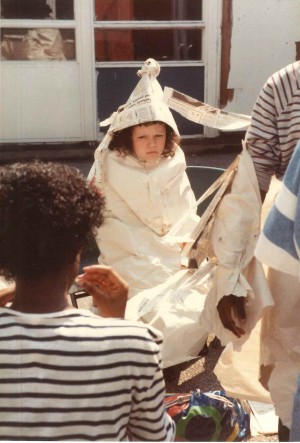 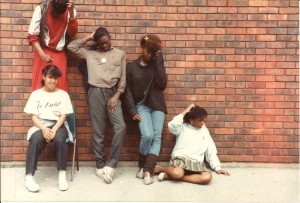 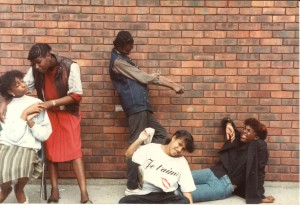 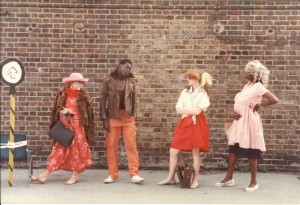 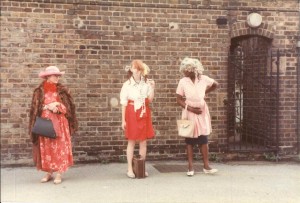 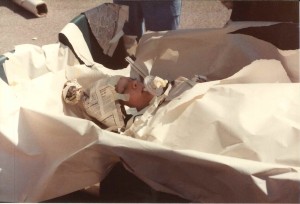 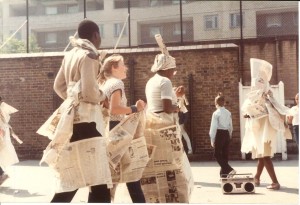 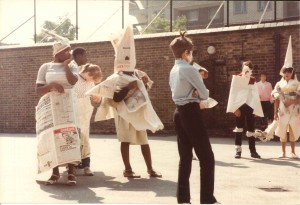 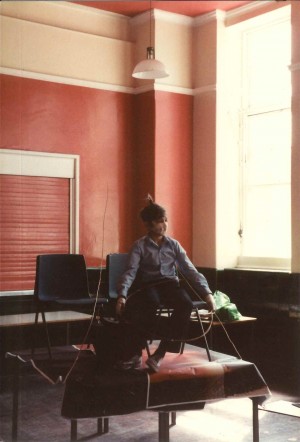 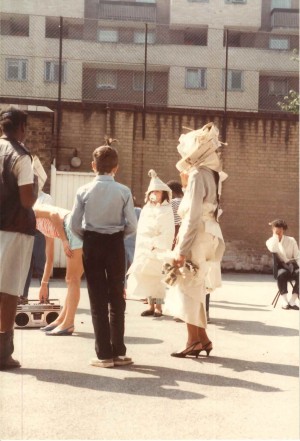 Jacquetta May is an actor who was was based at Oxford House as part of the young people’s theatre ensemble for Half Moon Theatre. She talks about how the organisation was run and the Youth Theatres and projects with schools that she ran. Interviewed by Toni Tsaera. 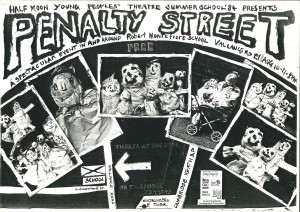 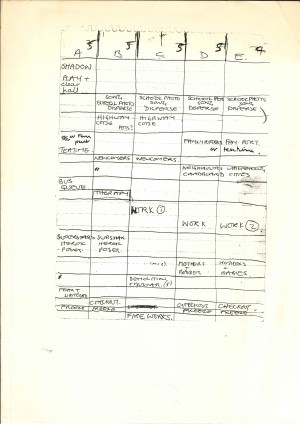 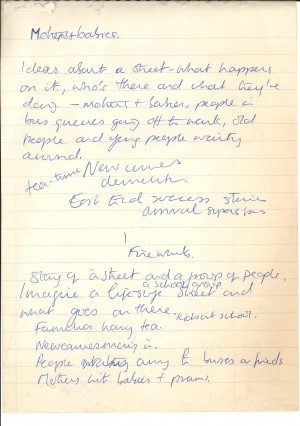 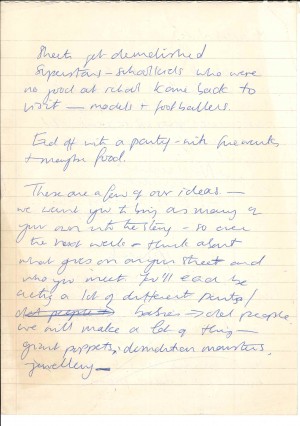 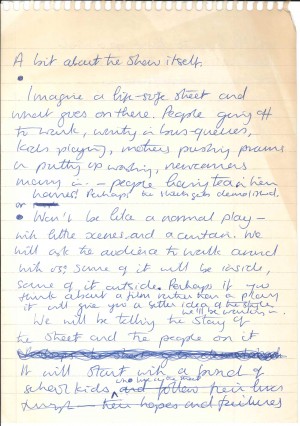 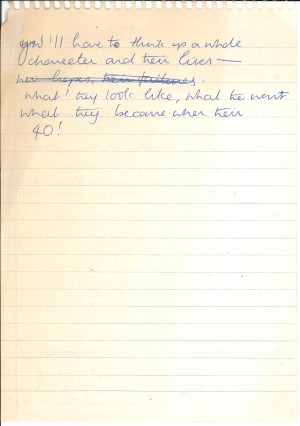 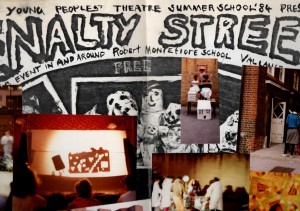 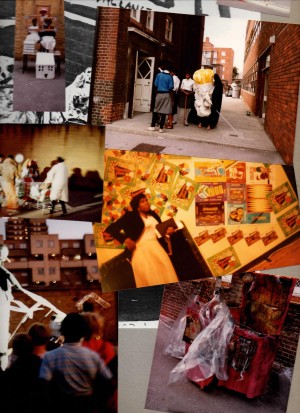 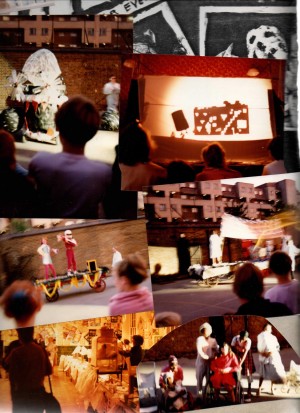 Penalty Street was a two-week summer theatre scheme for around 25 older teenagers which took place in a school in Whitechapel. The theme was leaving school and what the future held for these young people. Working with Terry Chinn, a designer and deviser who was experienced in large-scale site specific work, we devised the show with the participants and created a promenade piece which took place in the playground, the corridors and the classrooms, incorporating large and small-scale puppetry and physicality.