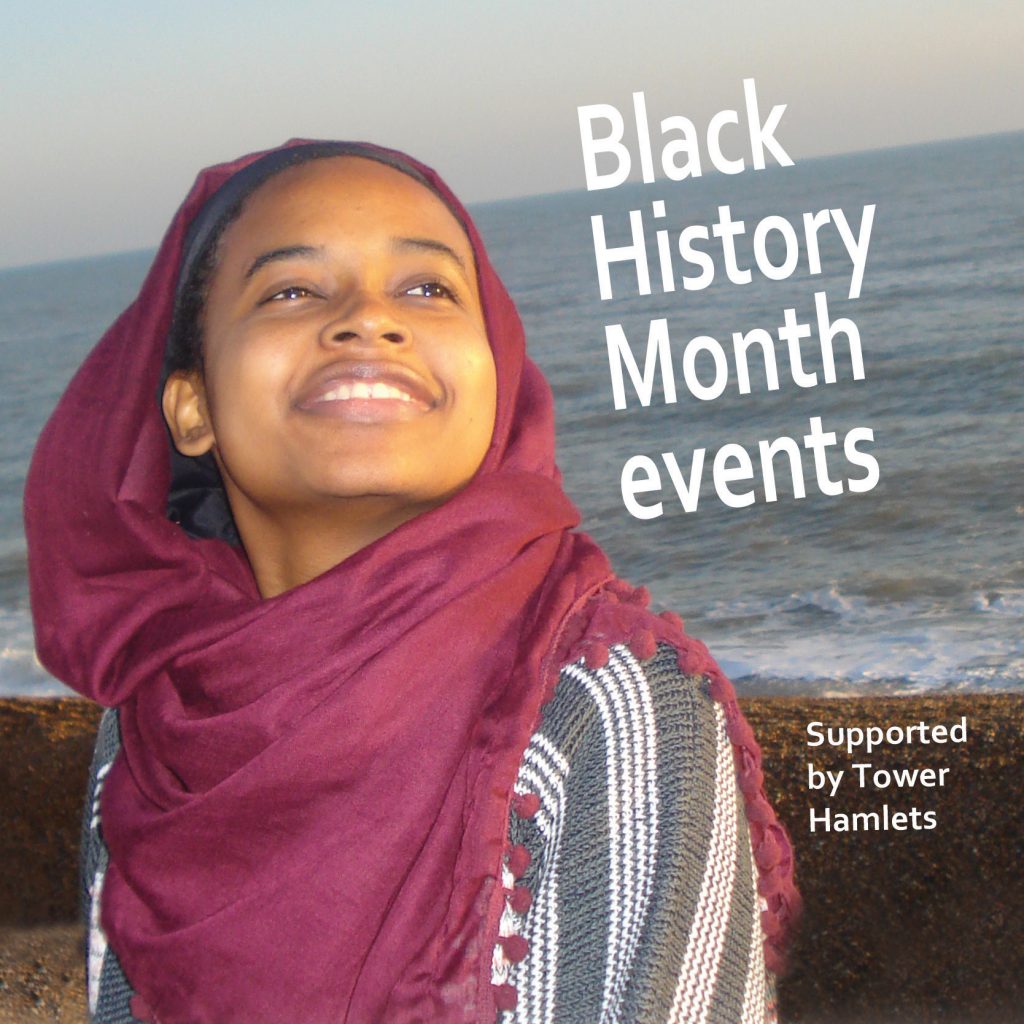 As part of Black History Month in 2014, 2015 and 2017 Half Moon profiled performances for teenage and young adult audiences – FREE (2014), Map of Me (2015-2016) and What Once Was Ours (2017) – offering a complementary day of free creative activities for young people around the performances on Saturdays.

The days explored: what you see when you look at someone you know nothing about and how first reactions can often be misleading; issues of forced migration and violence against women and girls; and the migration of unaccompanied minors.

Participants took into themselves, realise their opinions, and open up awareness of the themes of the play.

Working within the framework of Black History Month offered a platform on which to profile the work made by Half Moon which speaks to a broad and diverse audience and celebrates the stories which need to be told by and for communities which often feel under represented in the arts, or marginalised in wider society.

The events were all supported by the Tower Hamlets Events Fund. 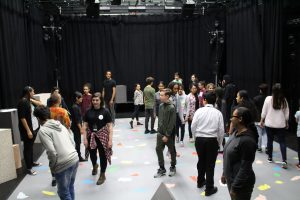 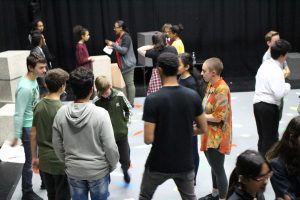 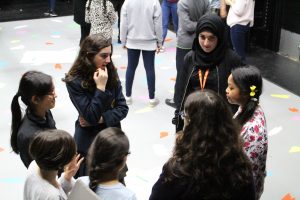 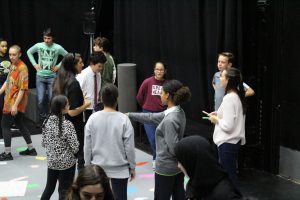 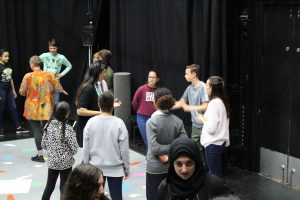 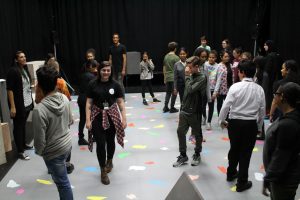 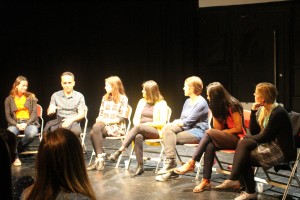 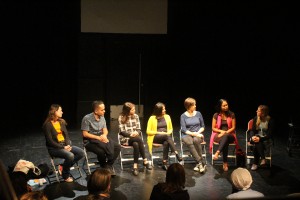 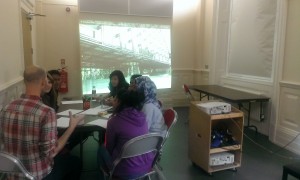 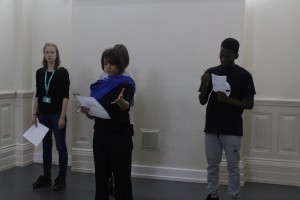 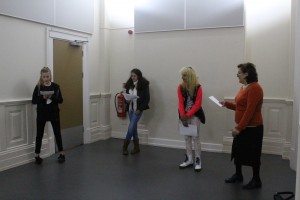 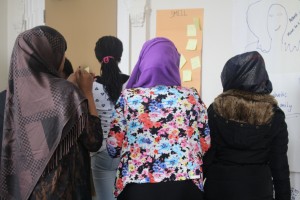 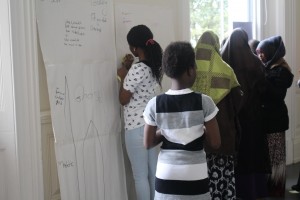 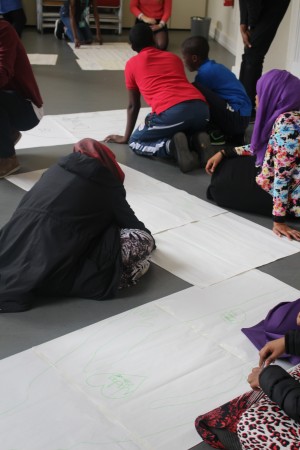 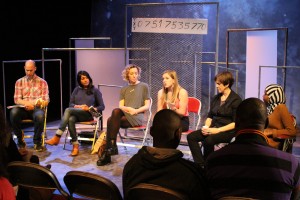 One of the stories explored in David Lane’s FREE is that of a young girl forced to migrate following the threat of forced marriage. Using the play as a stimulus, along with two other creative projects in development at Half Moon which explore female migration and the experience of being a female refugee in the UK, the events explored some of the issues relating to violence against women and girls (VAWG) prevalent in young people’s lives.

Exploring some of the issues from Map of Me relating to being an unaccompanied minor arriving in the UK.

Panel Discussion: Arriving in the UK as an unaccompanied minor
Unaccompanied minors arriving in the UK: exploring the facts, overturning stereotypes and understanding work with young refugees. Panel to include theatre professionals and experts on the situation of unaccompanied minors. The panel included Rushanara Ali MP, Bethan Lant from Tower Hamlets New Residents and Refugee Forum, Emily Churchill Zaraa from Counterpoints Arts, Temor Alkaisi from the Paper Project, Leesa Gazi from Komola Collective and Rosemary Harris from Papertale). There was also a change to see an extract from the acclaimed film Leave to Remain.

Created against the background of Brexit, What Once Was Ours was developed through direct contact with young people across the country and uses their words and opinions to explore how politics and national values impact on the complex lives of one family. Across two workshop sessions, participants looked into themselves, to realise their opinions, and open up awareness of the themes of the play.

Participants worked with the show’s cast on passages of poetry from What Once Was Ours and explored what you see when you look at someone you know nothing about and how first reactions can often be misleading. If you are different to someone else and you feel judged – how do you get attention? How do you get people to listen, and get yourself heard?

Exercises included gathering instant thoughts on paper about how we make judgements on people; looking at what terms like ‘foreigner’, ‘fear’, ‘discrimination’ and ‘difference (what are you scared of?)’ actually mean; creating tableaux of some of the words used in scenes; exercises that asked questions  about power – who has it and did the young people have power; and sessions looking at whether the participants had a voice, and if they did, what would they say?

The workshops culminated in a the group watching a performance of What Once Was Ours.

Rosemary Harris talks about Map Of Me and the diversity of audiences at Half Moon Theatre. Interviewed by Beccy Allen.

Monica Forty talks about how children have benefited from Half Moon’s diverse participatory work in the past and today, making reference to underlying racial tensions in Tower Hamlets in the 1990s. Interviewed by Caitlin Ralph.

What Once Was Ours

Listen to the honest opinions of young people left voiceless during Brexit.

Young people share their reactions to seeing What Once Was Ours.