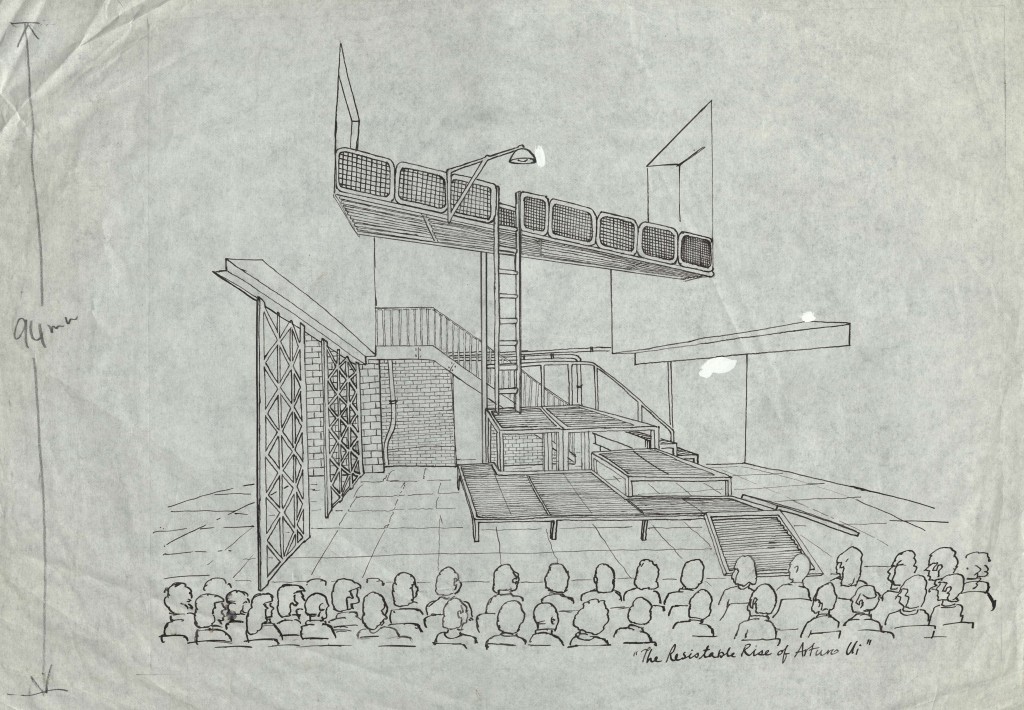 This was a gangster spectacle. As noted by Brecht: “Ui is a parable play, written with the aim of destroying a dangerous respect commonly felt for great killers… The petty rogue whom the rulers permit to become a rogue on the grand scale can occupy a special position in roguery, but not in our attitude to history… If the collapse of Hitler’s enterprises is no evidence that he was a half-wit, neither is their scope any guarantee that he was a great man.”

Arturo Ui was presented in conjunction with the Goethe-Institut as part of their Seventies Meet the Twenties Festival. 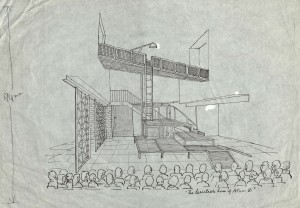 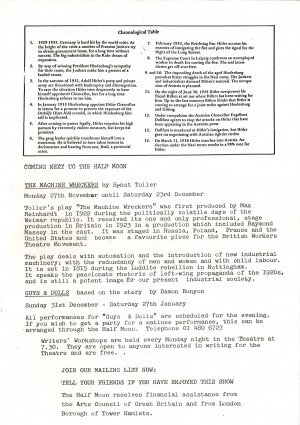 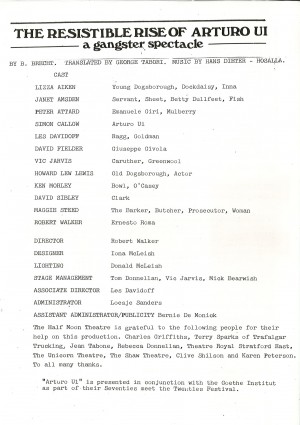 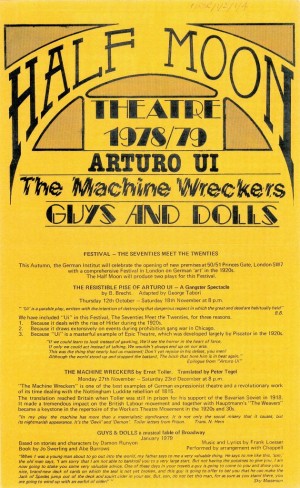 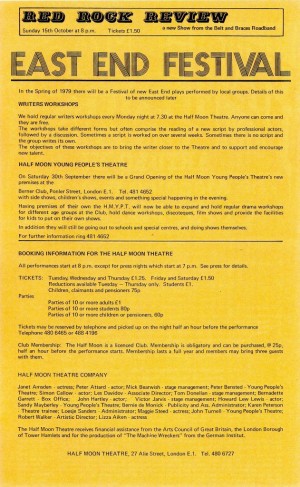 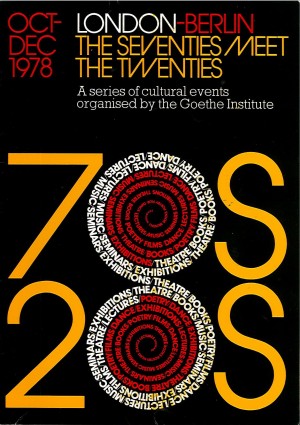 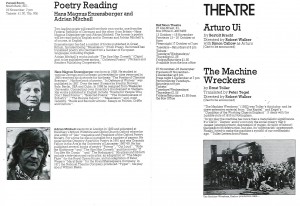 Simon Callow talks about the production, The Resistible Rise of Arturo Ui at Half Moon Theatre in Alie Street. Interviewed by Toni Tsaera.

Mick Bearwish is a theatre designer who worked on many productions for Half Moon Theatre at Alie Street and on the Mile End Road. He talks about designing The Resistible Rise of Arturo Ui and one incident with the local police. Interviewed by Rosie Vincent.

Theatre designer Iona McLeish worked on many productions at Half Moon Theatre at Alie Street and on the Mile End Road. She talks about designing The Resistible Rise of Arturo Ui and recalls how she and Simon Callow decided on the memorable idea of him wearing a red nose and clown-like wig. Interviewed by Toni Tsaera. 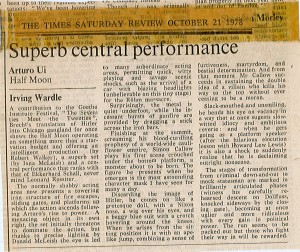 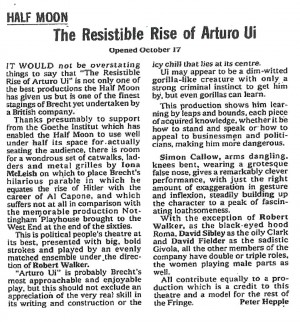 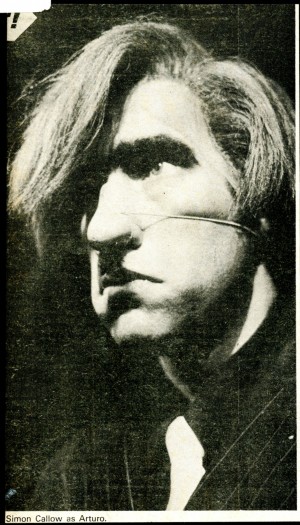 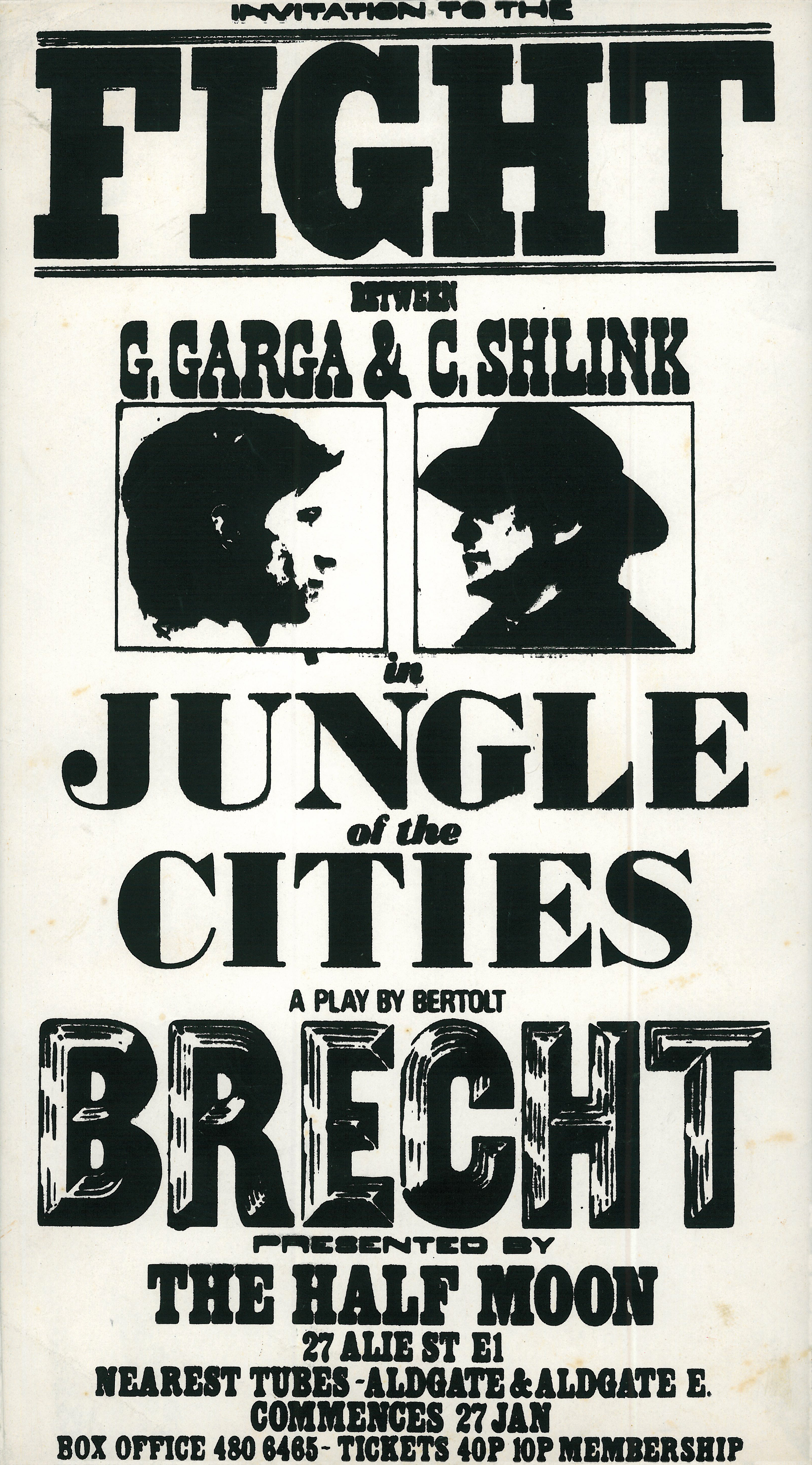 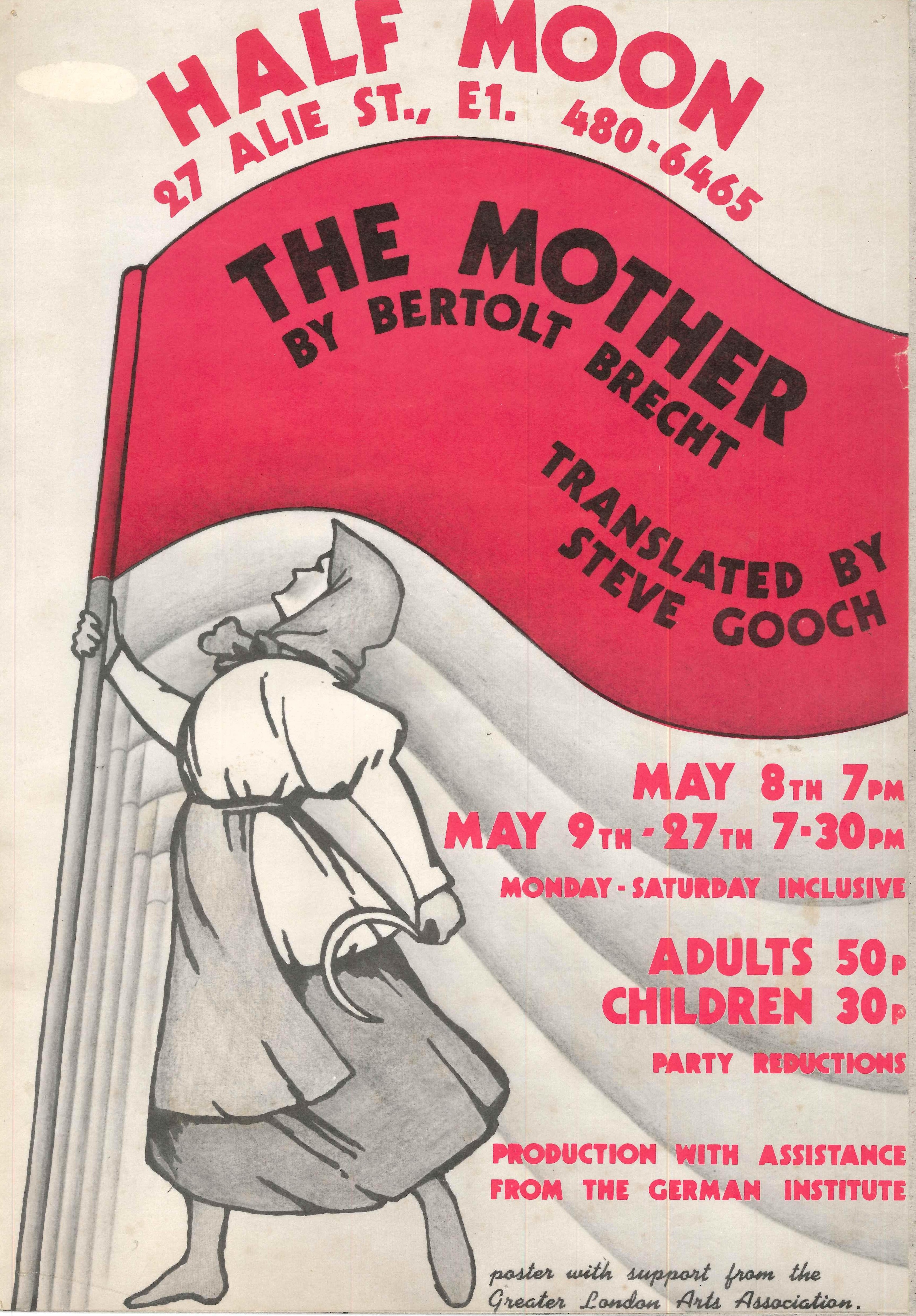 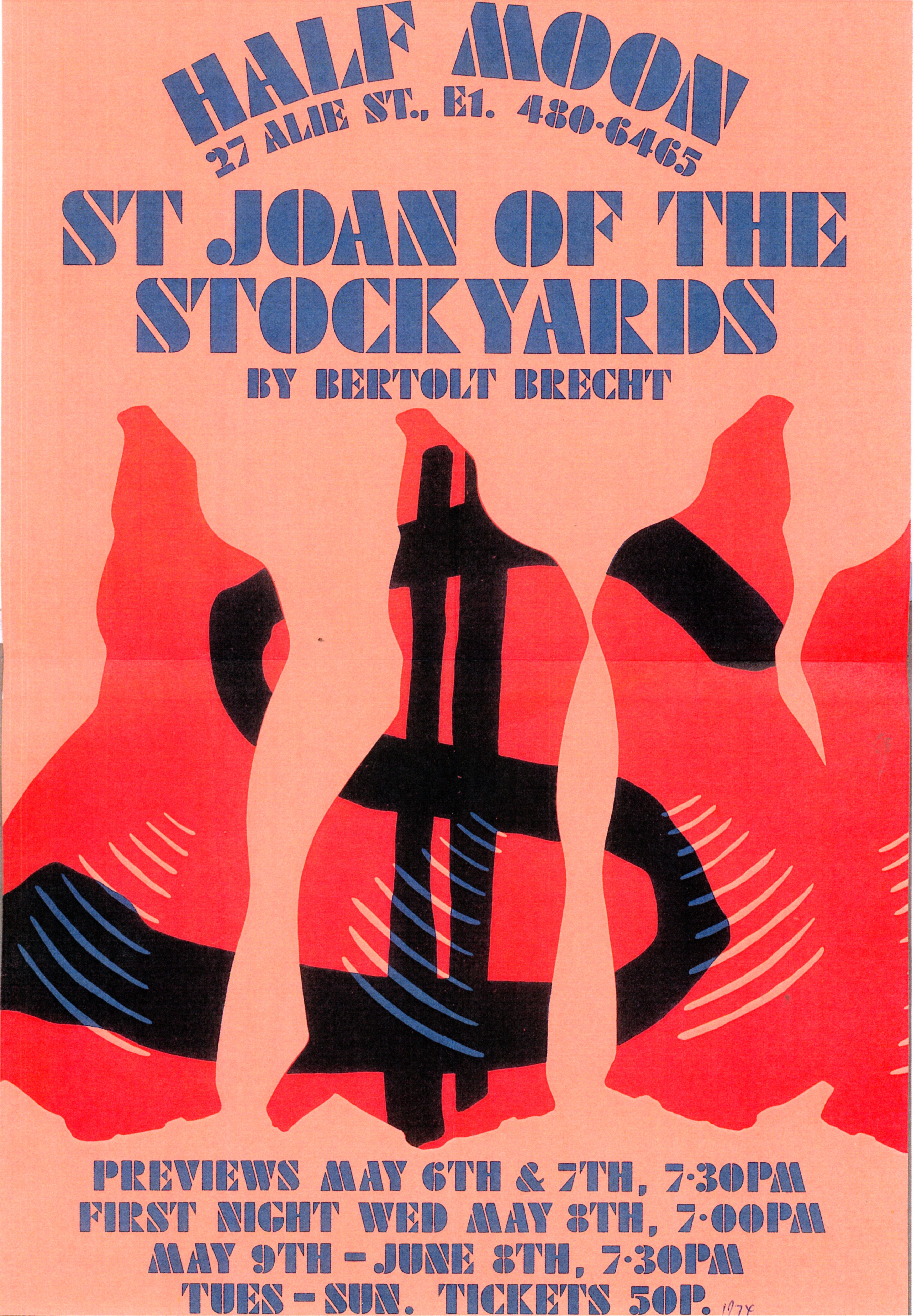 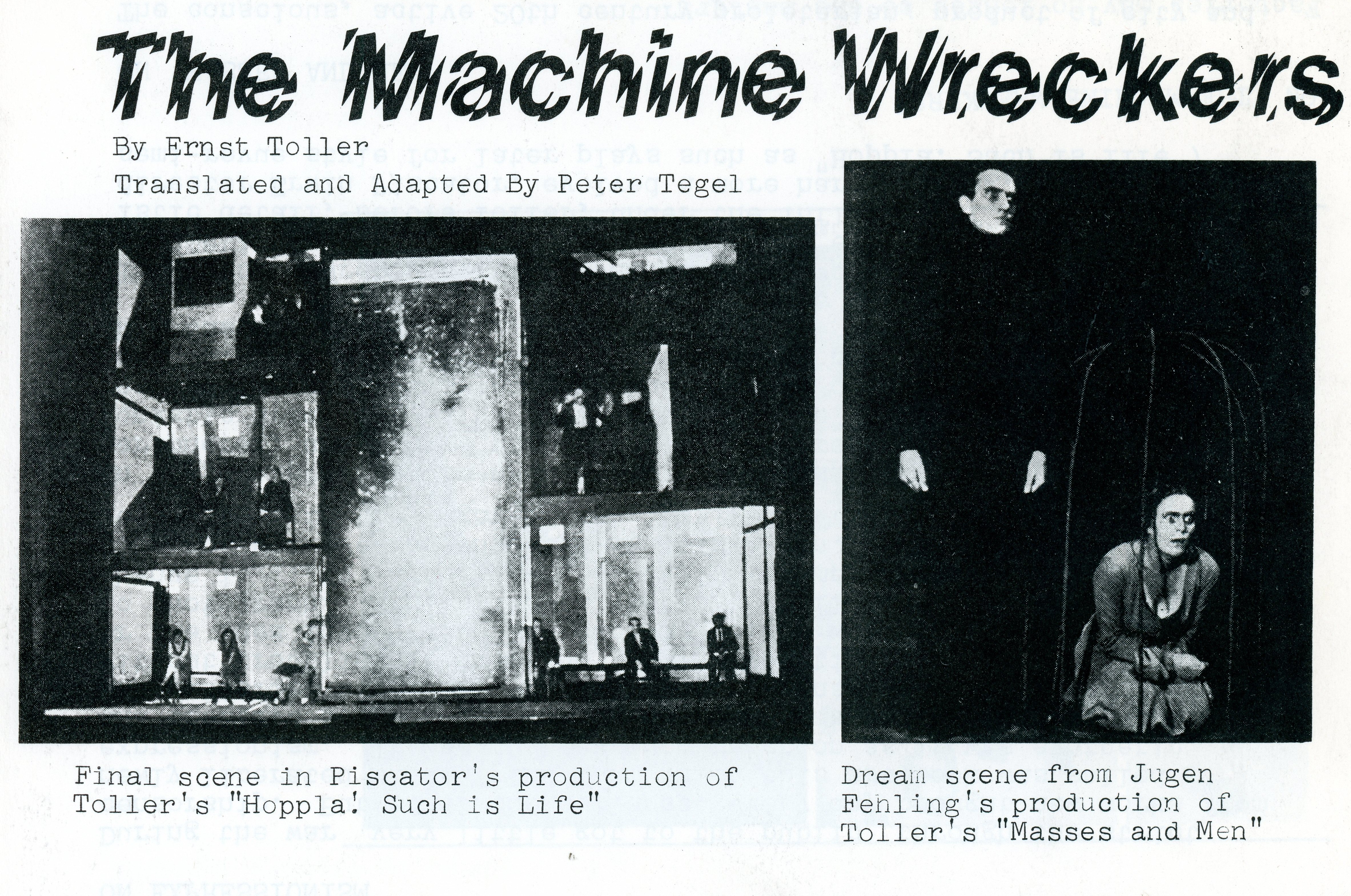