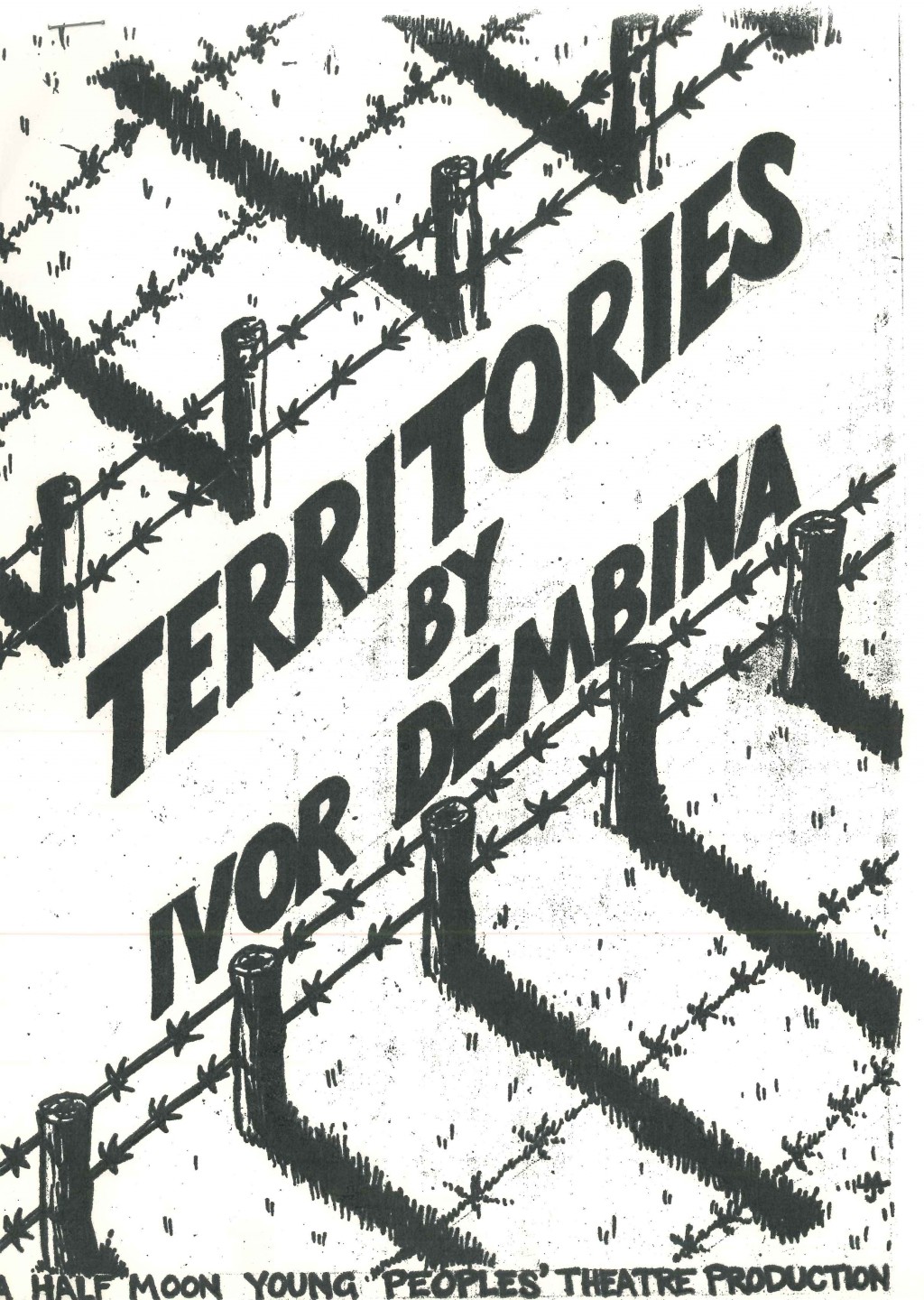 Why is racial prejudice an everyday part of the lives of millions of people in Britain? Is racism a disease with which society has been infected, or is it the inevitable consequence of a wider social conflict? Ivor Dembina’s play, Territories, was specially commissioned by Half Moon Young People’s Theatre and examined the sources of racial conflicts in this country. Set against a modern background of deepening social and economic crisis, Territories explored the lives of a group of characters historically, whose respective prejudices surface when they are thrown together by the events of a London street riot. 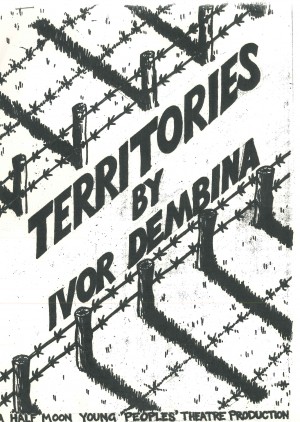 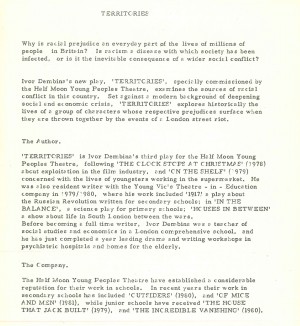