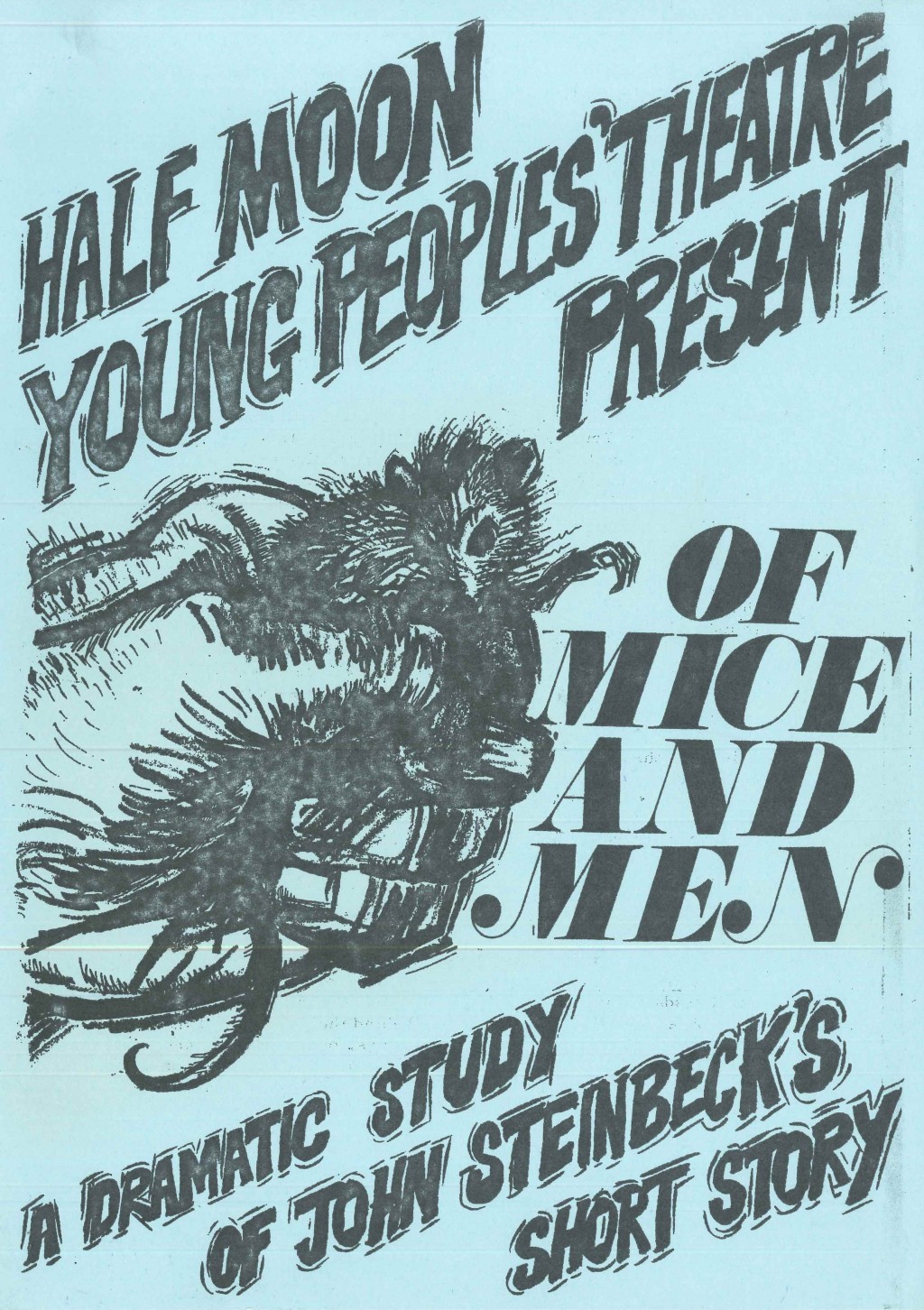 Of Mice and Men Flyer (Front)

The Half Moon Young People’s Theatre presented a dramatic study of John Steinbeck’s novel Of Mice and Men for CSE students. The aim was to stimulate a feel for the text, by using theatre and drama workshop techniques. It examined the issues that are raised in the novel and looked at the relationships and interdependence of the different characters, and the technique the Steinbeck employed to make his points. The final performance on 27 March took place at the Brady Centre in Tower Hamlets to which several schools brought groups of students.

Peter Bensted talks about an adaptation of Steinbeck’s Of Mice and Men and how Pellicci’s cafe got involved in creating a voiceover for a dog in the play. Interviewed by Beccy Allen. 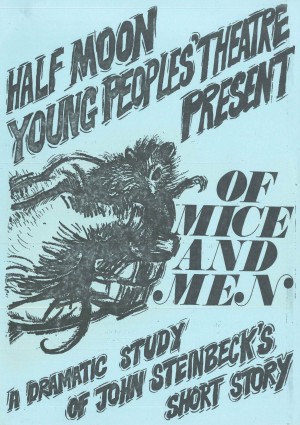 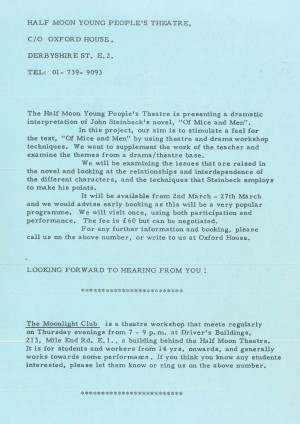 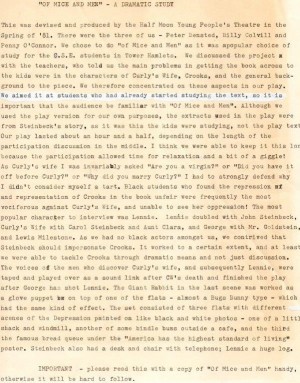 We did a dramatic study of Of Mice and Men for CSE students. We didn’t have enough budget to employ a writer, so I agreed to put pen to paper and collate our group improvisations. Sadly don’t have a script on my computer – it was all hard copy in those days! My memory of it is that we needed a sound effect of the Steinbecks’ pet dog barking, ripping up his first draft and then getting clouted when Steinbeck finds the mess. We often used to eat our lunch at the now famous art deco Pelicci’s café in Bethnal Green Road. The son (probably the guy who runs it now) had a great sense of humour and was a brilliant mimic – he would go out the door to the back and make animal noises as if he was catching a chicken to slaughter ready for the meal etc… He had the whole restaurant laughing… So naturally we asked him if he would do the sound effects for us which he happily obliged!

We’d like to thank you for your visit today. The staff who came along felt it was very interesting especially the characters questioning Steinbeck. We thought you might consider explaining beforehand (either in a handout sent ahead to the teachers, or to the ‘audience’ at the time) that you’d be switching in and out of roles and from ‘the book’ to ‘the life of Steinbeck’ to a world where characters speak with the author and back again. A lot of our kids were confused as they’d never seen this ‘convention’ before…

I should like to thank the Half Moon Young People’s Theatre for providing an excellent production of ‘Of Mice and Men’ last Friday 27th March. Eventually I manged to take 43 kids who enjoyed the performance very much and will certainly benefit from the experience. Personally, I thought it was an imaginative interpretation, suitably geared to children and I might add far superior to a similar thing done by the BBC last September. I look forward to hearing of your future productions and hope to bring more pupils along.