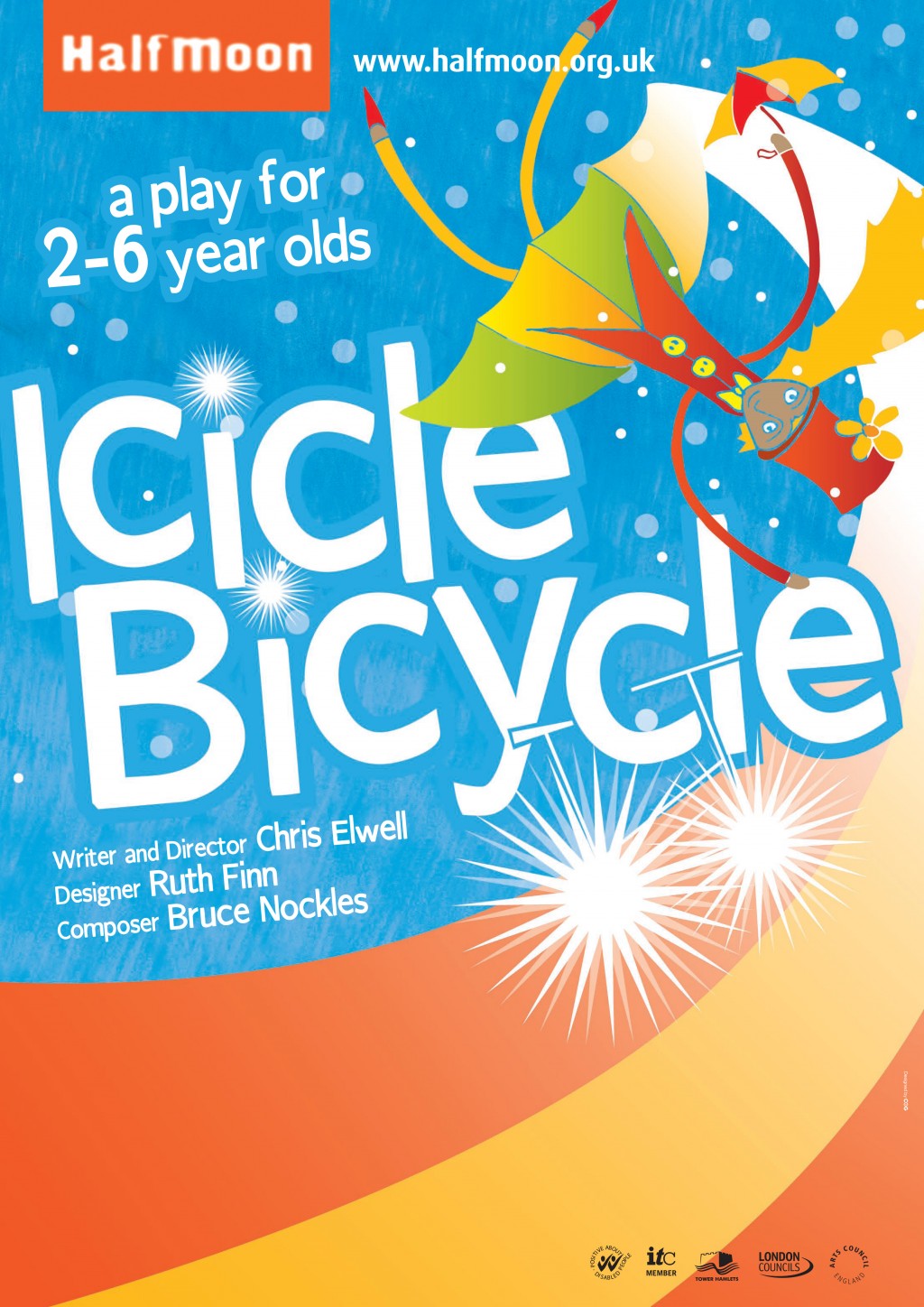 All zipped up against the winter wind, Spike and Bella huddle together on their back doorstep just thinking. What does Nanna Baba get up to when she goes beyond the garden gate? What is hiding among the icy trees and holly bushes on the other side of the path?

Following their Grandma’s footprints through the snow, the two children tumble through a frosty hedgerow and discover the faded grandeur of an old circus tent. They enter a world of memories where balloon sellers, trapeze artists and high wire acrobats can become a possibility.

Wrapped up in a continuous musical score, Icicle Bicycle conjured a fantastical world where sometimes it is easier to imagine than to remember. Dealing with bereavement and inter-generational relationships, this play was performed in fully integrated British Sign Language and English. This play was the 5th in a cycle of 6 presented in this format by the company and toured nationally.

Find out more about BSL and English bilingual theatre 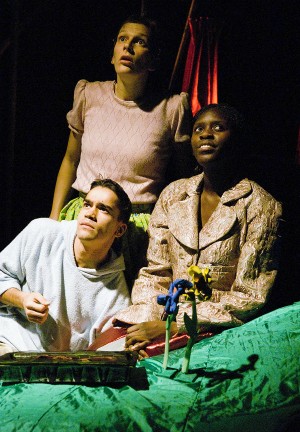 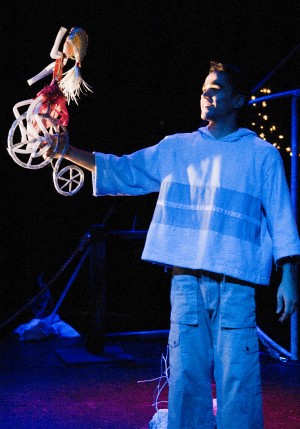 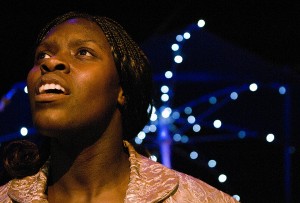 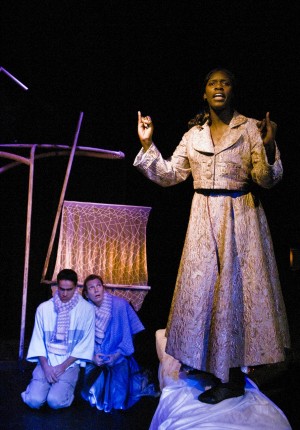 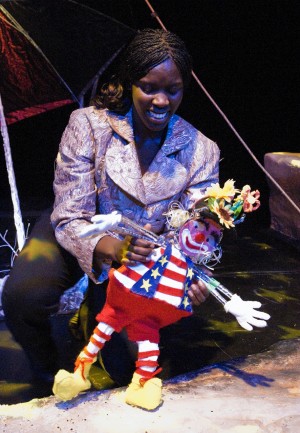 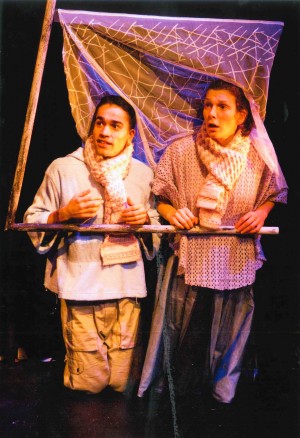 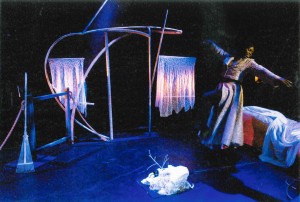 Anna-Maria Nabirye is an actor and workshop facilitator who has worked with Half Moon Theatre on White Horse Road since the mid-2000s. She talks about Icicle Bicycle, a bilingual (English and British Sign Language) production for young children which explored the themes of loss and death.

Chris Elwell has been the Director of Half Moon Theatre on White Horse Road since 1997. He talks about Icicle Bicycle and the aesthetic of creating bi-lingual work for young audiences in English and British Sign Language.

Anna-Maria Nabirye is an actor and workshop facilitator who has worked with Half Moon Theatre on White Horse Road since the mid-2000s. She talks about the nature and challenges of small-scale touring that the company does with its professional productions for young audiences. Interviewed by Rio Puffett.

Ruth Finn is a theatre designer who has also worked as a facilitator for Half Moon Theatre on White Horse Road. She talks about designing Icicle Bicycle for the company in 2007, her approach to designing work for young audiences and the transformational nature of the piece. Interviewed by Kavana Joyett.

Chris Elwell talks about the impetus for and aesthetic of creating bilingual work in British Sign Language and English. Interviewed by Kavana Joyett. 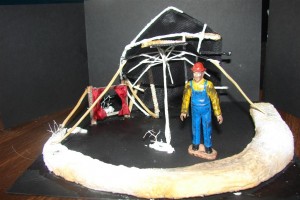 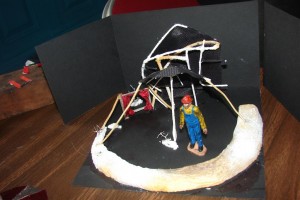 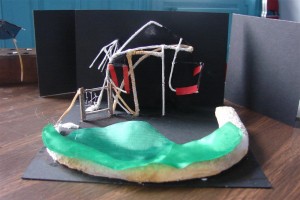 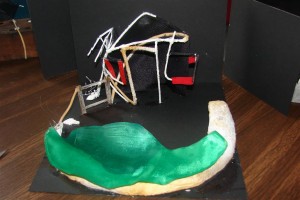 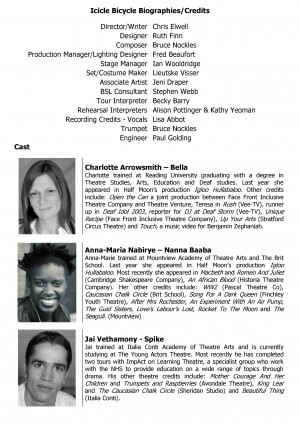 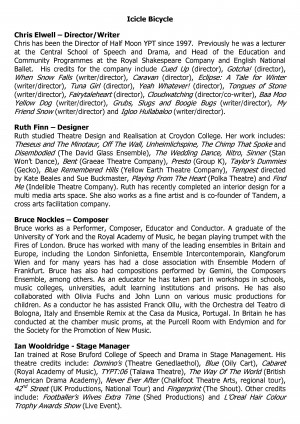 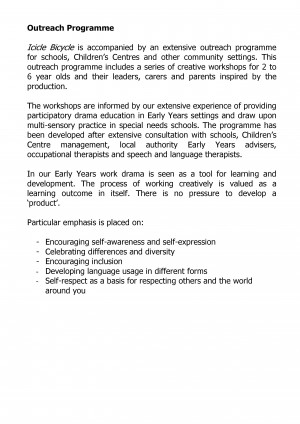 Where is their mother? Eventually Nanna Baaba tries to explain, via an imaginative journey out of her beloved ‘safe’ garden into a wood where she conjures up a circus complete with beautiful puppets, a huge umbrella to represent the big top and fairy lights in Ruth Finn’s delightful designs. Is the children’s mother the trapeze artist, the clown or the trick cyclist in the sky?

If this is a tale about bereavement and loss – and I think it is – it’s sensitively done and very charming.

There is some fine acting in this play for two to six year olds too. Nabirye’s gentle dancing and strong warm diction is spot on for the role. Vethamony is one of the liveliest stage performers I’ve seen in a while. His capricious, vulnerable, funny Spike is very convincing. But the undoubted star of the show is Charlotte Arrowsmith whose impeccable timing, mime skills and stage presence are quite outstanding.

Like Half Moon’s 2006 show Igloo Hullabaloo, Icicle Bicycle is a bilingual piece – played in English and in British Sign language. But the signing is grafted in not bolted on. Somewhere on stage one of the three characters is always signing with Arrowsmith – whose signing skills are highly refined – doing the most and not speaking. The signing is so graphic that, even for hearing members of the audience, it adds a whole new dimension and makes the meaning clearer.

“After last year’s Igloo Hullabaloo and My Friend Snow the previous year, this time Half Moon Theatre provides a simple tale, aimed at the two to six age range, about twins Bella and Spike.

Looked after by Grandmother Nanna Baaba ever since they were born, they often wonder about their mother. Nanna Baaba tells them a story about the circus that once came to town.

When she goes out they follow her and find her in a circus tent where she has become the ringmaster. They see a beautiful trapeze artiste who falls, a high wire walker who also falls, but then both simply disappear. So does a clown who finds she doesn’t belong. The twins wonder who the artistes are and the final one, a trick cyclist on a bicycle made of icicles, is indeed their mother.

She had joined the circus the day the twins were born and can be seen in the night sky between the moon and the stars. Returning home, the twins and Nanna Baaba find winter has turned to spring.

Despite their best efforts, the production failed to captivate the audience as the company’s previous shows have. The story is less involving, with no conflict other than sibling rivalry and, most unusually, there were isolated chants of ‘Boring’. Still it remains a pleasant pre-Christmas treat and the accompanying book (£4) is available as a reminder of the experience. Icicle Bicycle runs at the Drum on most days until December 22 and at varying times, so check with the box office.”
Plymouth Herald, 1 December 2007 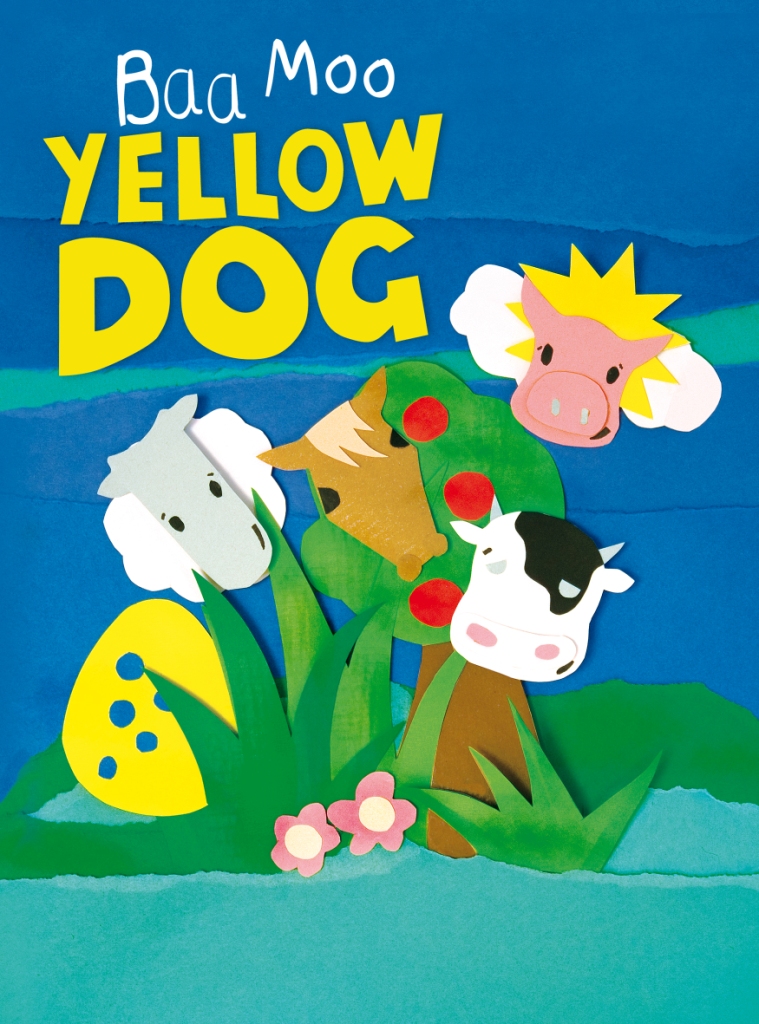 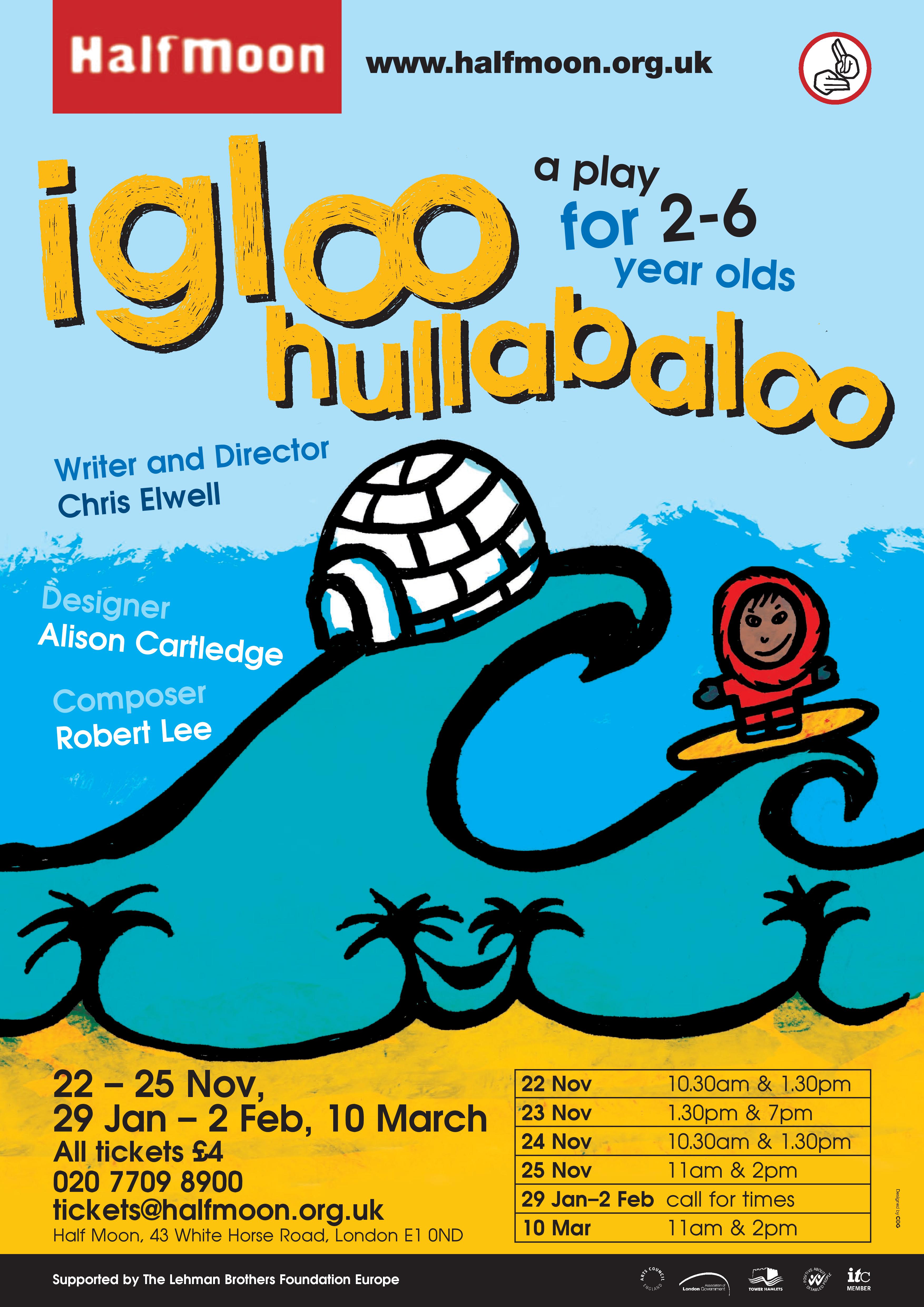 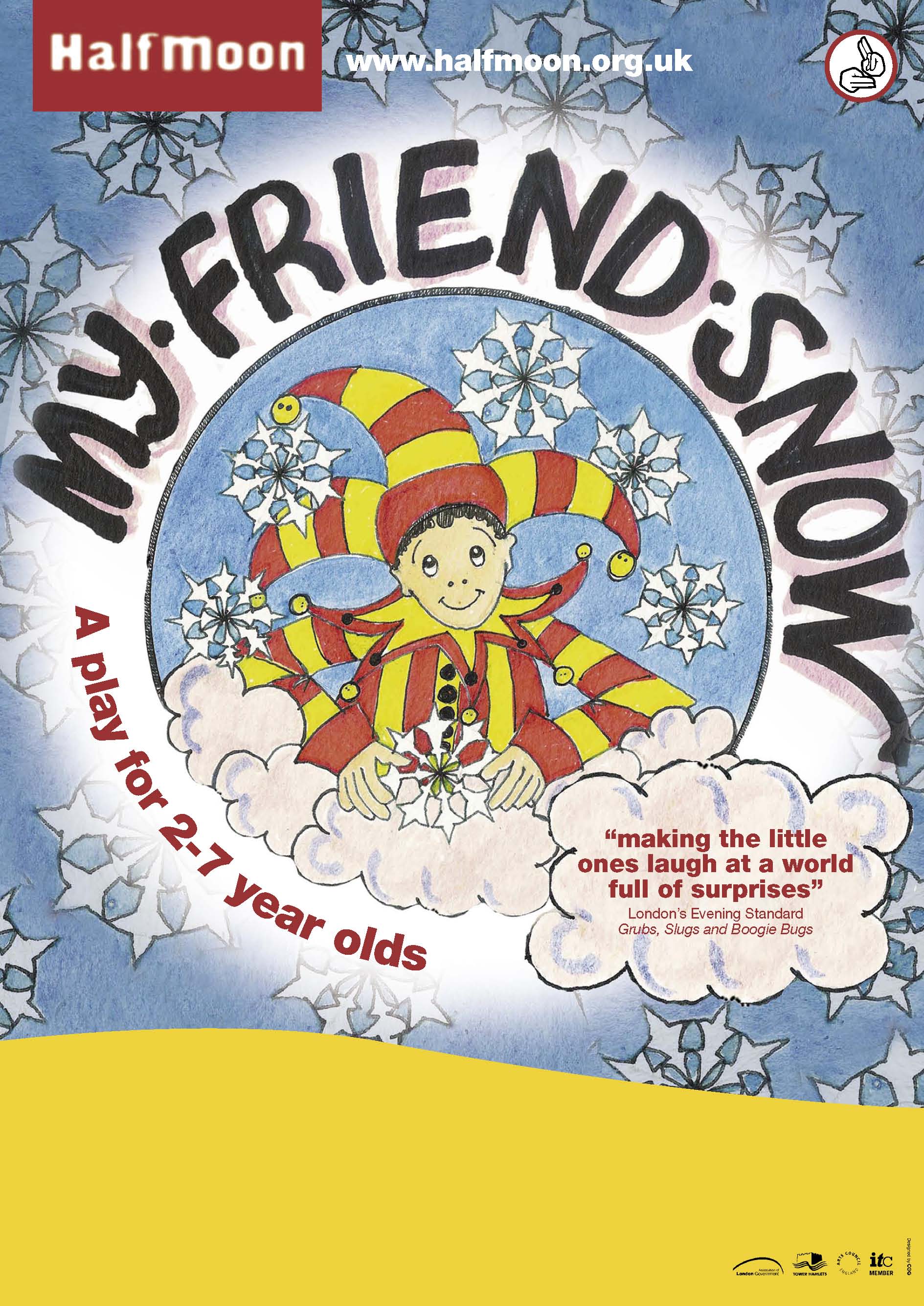 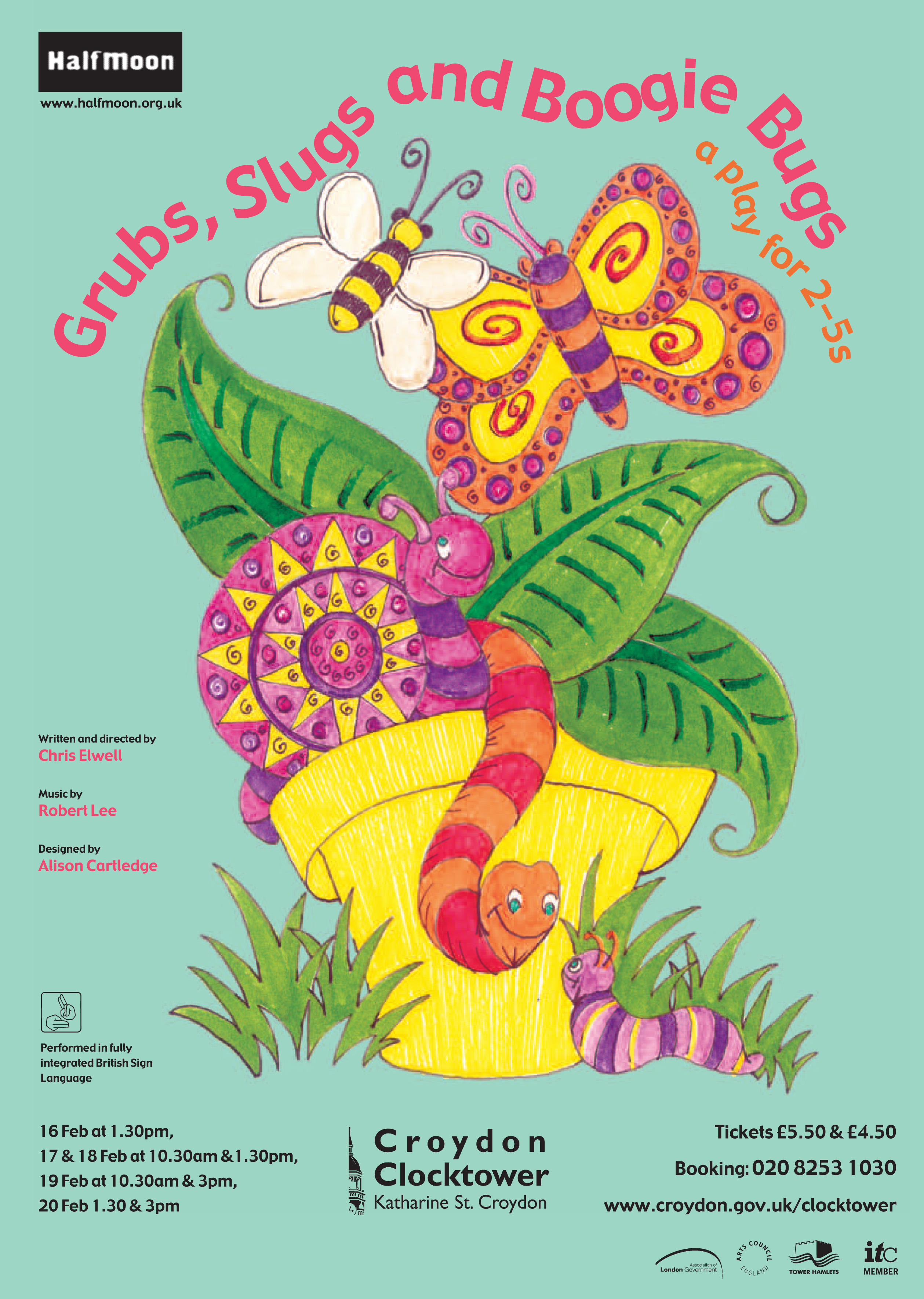 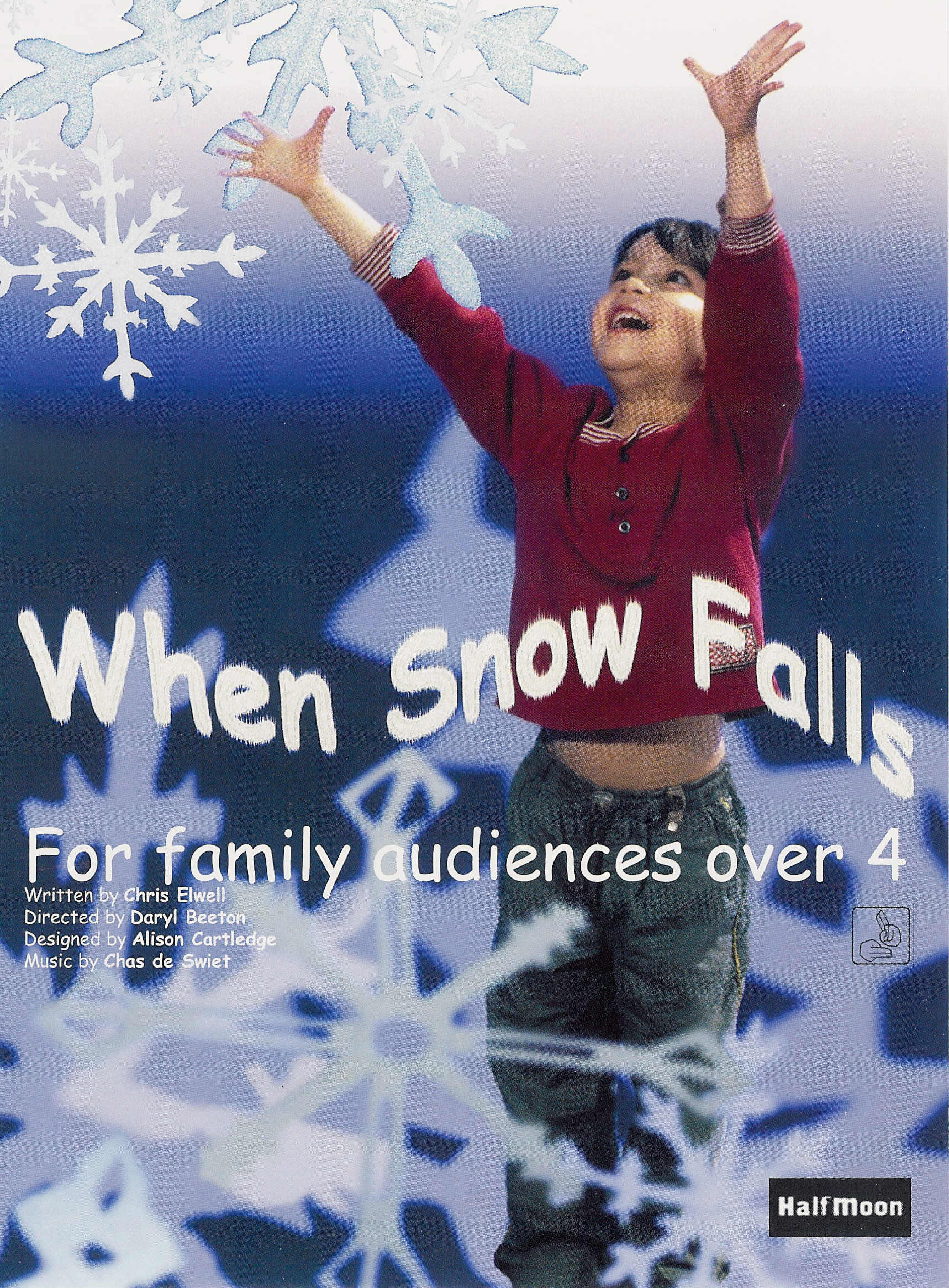