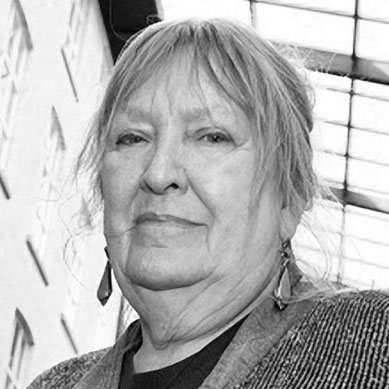 Pam became Artistic Director of Half Moon Theatre in 1975, having already directed several productions, including St Joan of the Stockyards and The Hammers. During her tenure she directed George Davis is Innocent OK, Soft or a Girl, Johnny Boxer, Out For Nine and Canning Town Cowboy. She returned to the company in 1982 to direct W.C.P.C.

Before joining Half Moon Theatre, Pam ran the young people’s theatre scheme at The Royal Court. She followed Guy Sprung to Canada in 1977 where she eventually joined the Stratford Ontario Festival. She studied law when she returned to the UK, whilst continuing to direct at a range of theatres, including Tricycle Theatre, Hull Truck and 7.84. She moved to Northern Ireland, where she was head of BBC’s radio drama department and co-founded DubbleJoint Theatre Company. She died in February 2015.

Simon Callow talks about character and politics of director, Pam Brighton and her choice of repertoire. Interviewed by Toni Tsaera.

Journalist and local activist, Mike Jempson, talks about Pam Brighton, Artistic Director of the Half Moon Theatre in Alie Street in the late 1970s. Interviewed by Chris Elwell.

Mary Sheen was a key member of the artistic team at the newly established Half Moon Theatre on Alie Street in the 1970s, performing in many plays. She talks about Pam Brighton’s strengths as a director. Interviewed by Toni Tsaera.

Billy Colvill wrote and performed in many plays at Half Moon Theatre on Alie Street. He remembers Artistic Director, Pam Brighton and her passion for ordinary local people. Interviewed by Toni Tsaera.

Writer, Shane Connaughton talks about director Pam Brighton, who was Artistic Director of Half Moon Theatre on Alie Street in the mid 1970s. Interviewed by Kavanna Joyett. 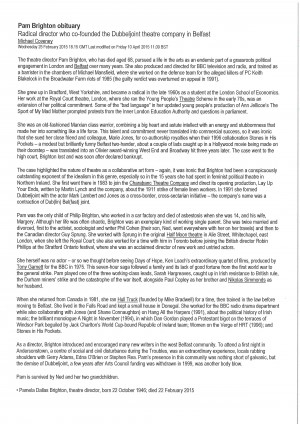 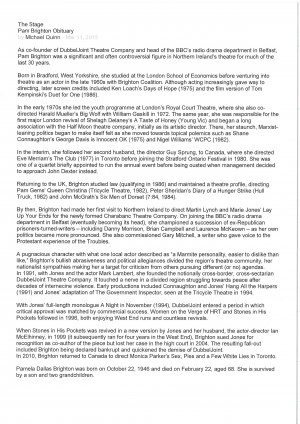 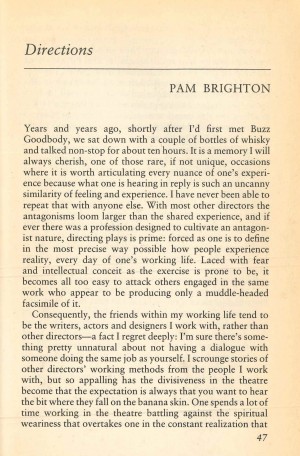 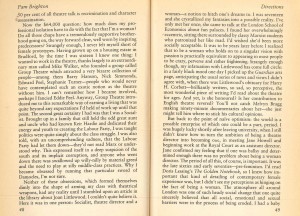 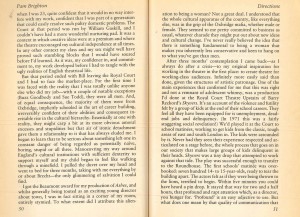 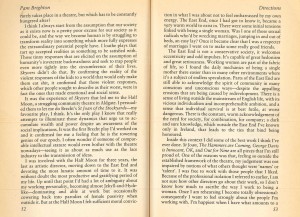 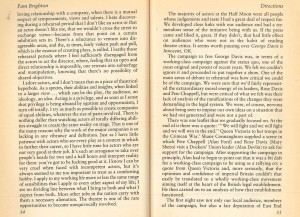 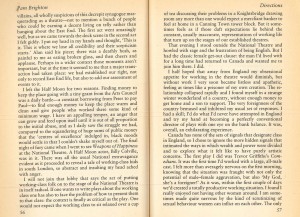 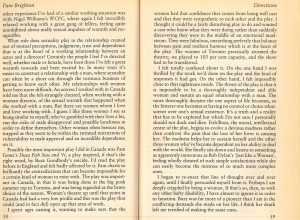 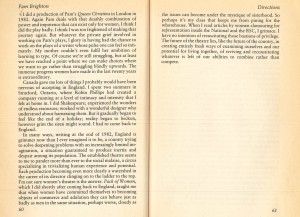