Polly Jones was a member of the Half Moon Youth Theatre from the 1980s to early 1990s. 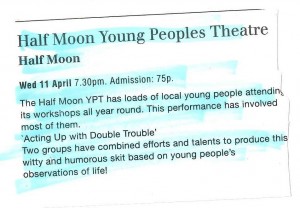 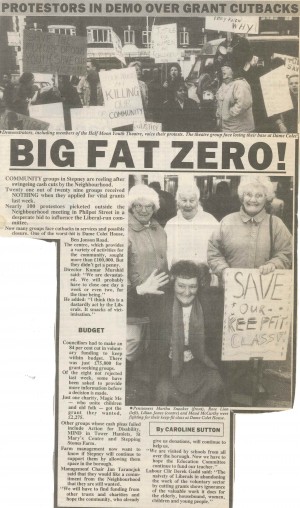 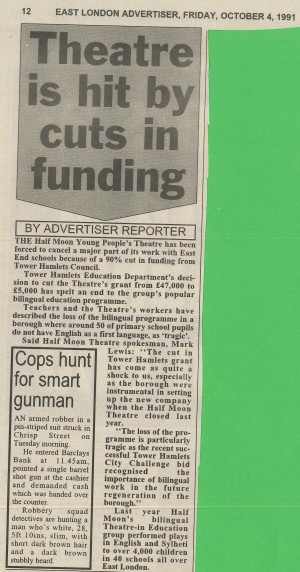 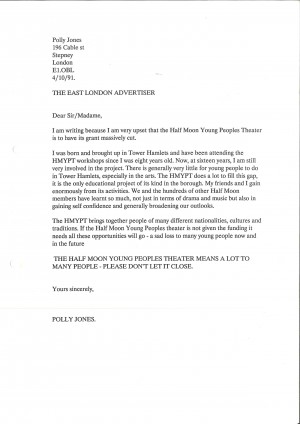 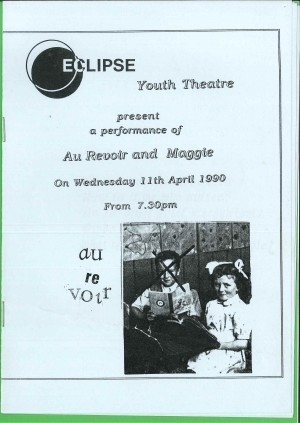 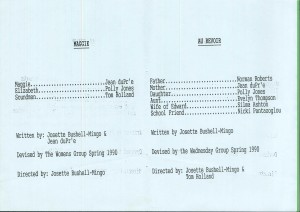 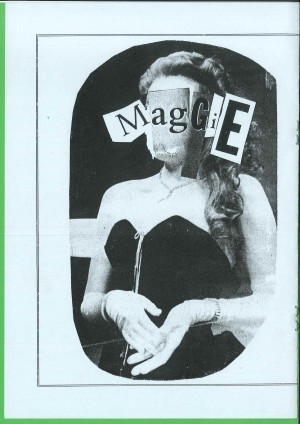 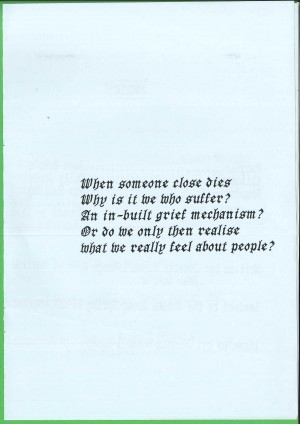 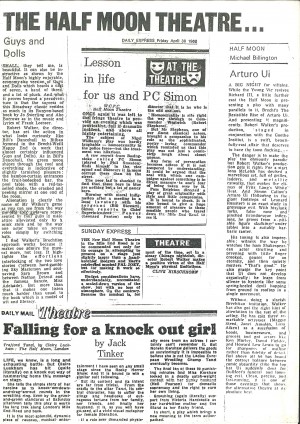 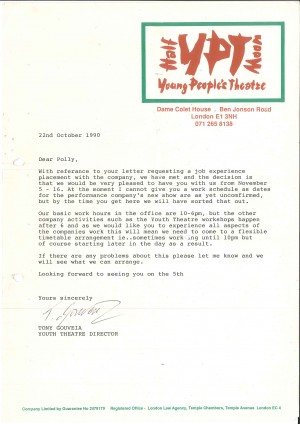 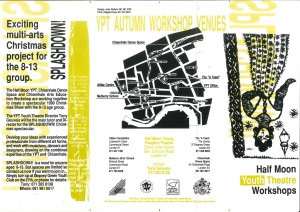 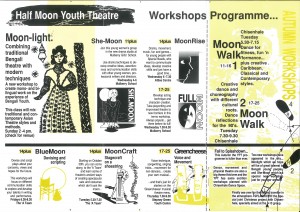 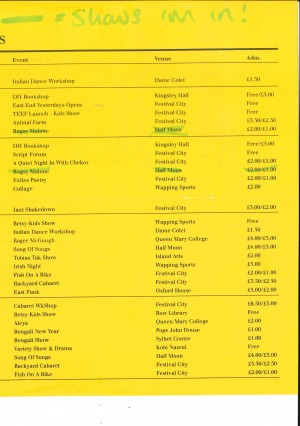 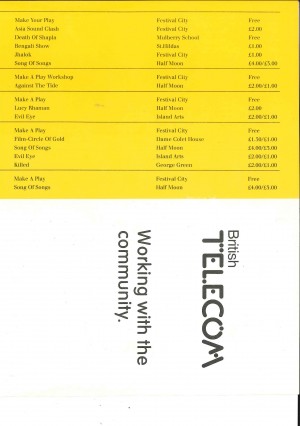 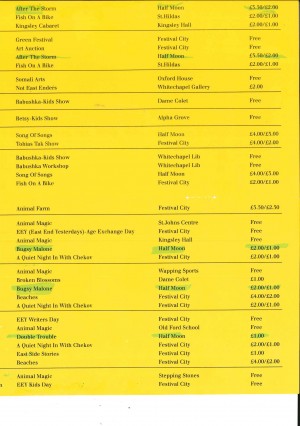 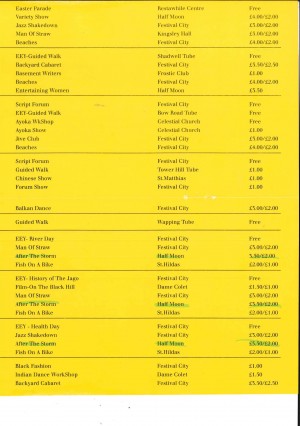 The Half Moon Young People’s Theatre was a big part of my life from 11-16 years. It nurtured a love of theatre that led me to study drama and English at Manchester University.

I remember my first experience of the Half Moon in the mid 1980s at a workshop about pirates. I was about 7 or 8 years old and I remember wearing black velvet ‘peddle-pushers’ and a red and white polka-dot hanky on my head. It was my first drama workshop and I remember feeling shy and excited.

Attending the youth theatre helped to increase my confidence, strengthened friendship groups and heightened my interest in drama. The confidence I gained through my experiences enabled me to develop my singing skills – I went on to train with a Bengali folk group, Dishari Shilpi Gosti and sang with my friend Shapla performing around the UK and Europe.

At the YPT, we had the opportunity to try out different aspects of theatre – writing, performing, sound and lighting, set design and costume. Between 11 -14 years old I attended the youth theatre programme, along with friends from my secondary school. Sometimes I was at the Half Moon 2 or 3 evenings a week. The workshops took place in separate building/studio at the back of the Half Moon Theatre on Mile End Road.

I recall the first sessions being led by Sandra Vacciana and Ailsa Fairley. Ailsa was the first blind person I had met and her can-do attitude made a significant impression on all of us. Sandra and I have stayed in touch.

I was also a member of WOOF! drama group run by Alan Gilbey. We performed a production of A View of the River, a play about the changing landscape and make-up of the Isle of Dogs with the knocking down of warehouses and the arrival of multi-story office blocks forming Canary Wharf. It was performed at the Half Moon in 1989.

I joined a visiting theatre group who put on Bugsy Malone at the Half Moon, starring local children. I played many parts – a gangster throwing cream pies, a chorus girl – singing and dancing tap. My parents had to buy me tap shoes which were spray painted silver and I thought were wonderful.

I volunteered as an usher at the Half Moon when I was 13-15 years. When I was 14 I did two weeks’ work experience with the Half Moon. I especially remember helping the TIE team take their production Rattlin’ the Cage to local schools.

I campaigned to keep the Half Moon open when it was threatened with closure, writing to local papers, local politicians and participating in demonstrations.

With the temporary move from Mile End to Dame Colet House, I started attending the older youth group who met at the A-Team, led by Liz Lynch. There was a focus around arts and crafts and I started making jewellery around that time.

I joined the Acapella singing group led by Tony Gouveia and Monica Forty. We composed the songs and music for Dancing in the Shadows which was put on at the London Arena as part of the Docklands Festival in 1992.

The singing and dancing groups were invited to perform in the Ilfracombe Arts Festival. We travelled to Cornwall in the blue Half Moon minibus and camped for the weekend and performed extracts of music and dance from Dancing in the Shadows.

In recent years I have been visiting the Half Moon again joining my son in the audience to watch occasional weekend shows. He is on the waiting list to attend the youth theatre. With Brick Lane Bookshop, I also supply show-related children’s books to the Half Moon to sell before or after the weekend shows.